Laura Whitmore has returned to Mallorca ahead of Love Island’s Casa Amor recoupling.

The Irish presenter has only appeared in the villa once this season, and has instead been hosting the show’s spin-off After Sun from London each week.

Taking to Instagram, the Bray native confirmed she had landed back in Spain, where she will return to the villa for the dramatic Casa Amor recoupling – which is expected to take place later this week.

She also took to her Instagram Stories to share a photo of herself dressed in a yellow robe at the Love Island studios, holding a matching yellow script. 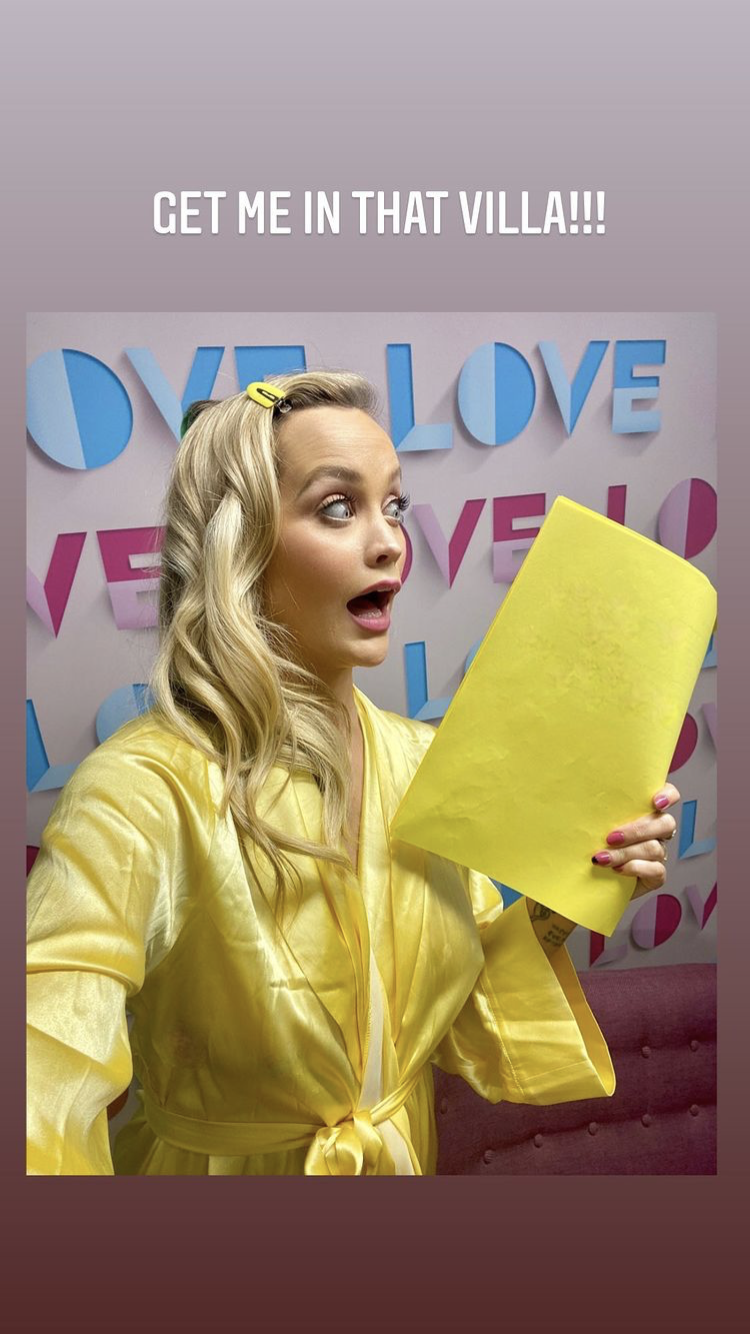 The Casa Amor challenge began on Monday, which saw the girls and boys move into separate villas with six new singletons in the ultimate loyalty test.

When the boys return to the villa, they must decide whether they want to recouple with one of the Casa Amor girls or stay loyal to the girl in the main villa that they were previously coupled up with.

Similarly, the girls must decide if they want to stay in their couple or give one of the new boys a chance.