Lottie Ryan has admitted she’s “pushing” to secure her own radio show on RTÉ 2FM.

The 34-year-old has worked at the station since 2010 as an entertainment reporter, and previously presented her own weekend breakfast show from 6am-7am every Saturday and Sunday.

Speaking to the Irish Mirror, she said: “Without a doubt, I’ve been pretty vocal about it in the past. I want my own show, so I’m absolutely pushing for it and hopefully something will happen.”

The Dublin native also hopes to land some TV gigs, after winning RTÉ’s Dancing With The Stars earlier this year.

“I’m definitely going to open my horizons into television as well because I really enjoyed all aspects of Dancing with the Stars and the live element of it,” she said.

“And they are such a fantastic crew and team to work with you can’t help but feel like, Jesus, this is the kind of environment I’d like to work in as well.”

“So I definitely am looking into TV and I categorically want my own radio show soon.”

Lottie previously presented her own weekend breakfast show on RTÉ 2FM, and she was also a part of the Breakfast Republic team, which aired weekdays from 6-10am.

However, the show was replaced by 2FM Breakfast with Doireann and Eoghan after a major schedule shakeup last year.

Lottie also revealed her hopes to film a documentary, and insisted she won’t stray from RTÉ.

“I’d love to do a doc, and I’ve a few ideas I’ve been putting down on paper for that but I’d be totally open. Like anything really, but I’d love to do some live TV,” she said.

“I know there is some stuff being commissioned now and round coming in before autumn so i’m just going to keep my eyes peeled.”

“I’m happy here, I feel like this is my home and they have been very supportive of my career and I’ve learned so much from the people I work with.” 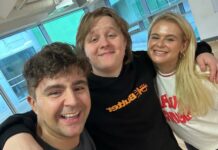 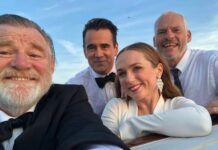 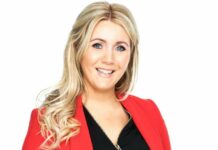