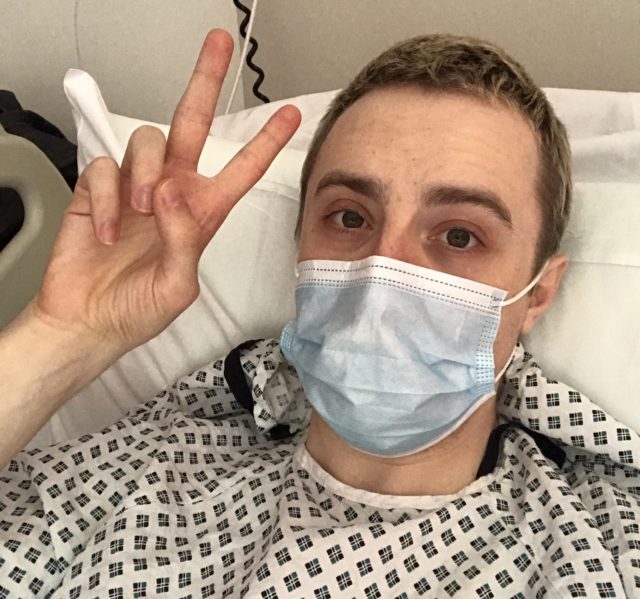 Edward Grimes has admitted he’s “dying inside” after his recent health scare.

The singer, who is part of the pop duo Jedward, underwent emergency surgery last week to get his appendix taken out – which he described as a “life threatening” situation.

Taking to Twitter on Tuesday following his release from hospital, the 29-year-old shared a video of himself in a costume, captioned: “Important message.”

He said: “I want you all to know that just because I’ve shaved, put a bit of concealer on, put eye drops in to make my eyes look white, it does not mean that I’m not dying inside.”

“[I’m] literally going through so many symptoms so I think just in life in general even if people put up strong faces does not mean that they’re not going through darkness inside or health conditions.”

“So let this be a lesson to everyone that we’re all close to the water line whether that is about to cry or anything so just be kind to everyone,” Edward added.

The news comes after the former X Factor star revealed he met “someone he could marry” while in the hospital.

He wrote on Instagram: “The most insane hospital trip of my life… Had the kindest, caring soul next to me. Met someone else who I could marry some day.”

“Had such an eventful time like this is going to be a chapter in a book some day or just in my thoughts. But I’ve experienced so much emotions in the last 48 hours, the warmest, kindest energy.”

“Never been this vulnerable and just overcoming it all, I feel this new energy from within me. The pain and laughs all mixed into hilarious chats and bonds with wonderful memories that should be tragic but made me grow.”

“I feel like I’ve been on a wild dream and I’m happy you all enjoyed the trip too but you can only share so much on Instagram. To be continued.” 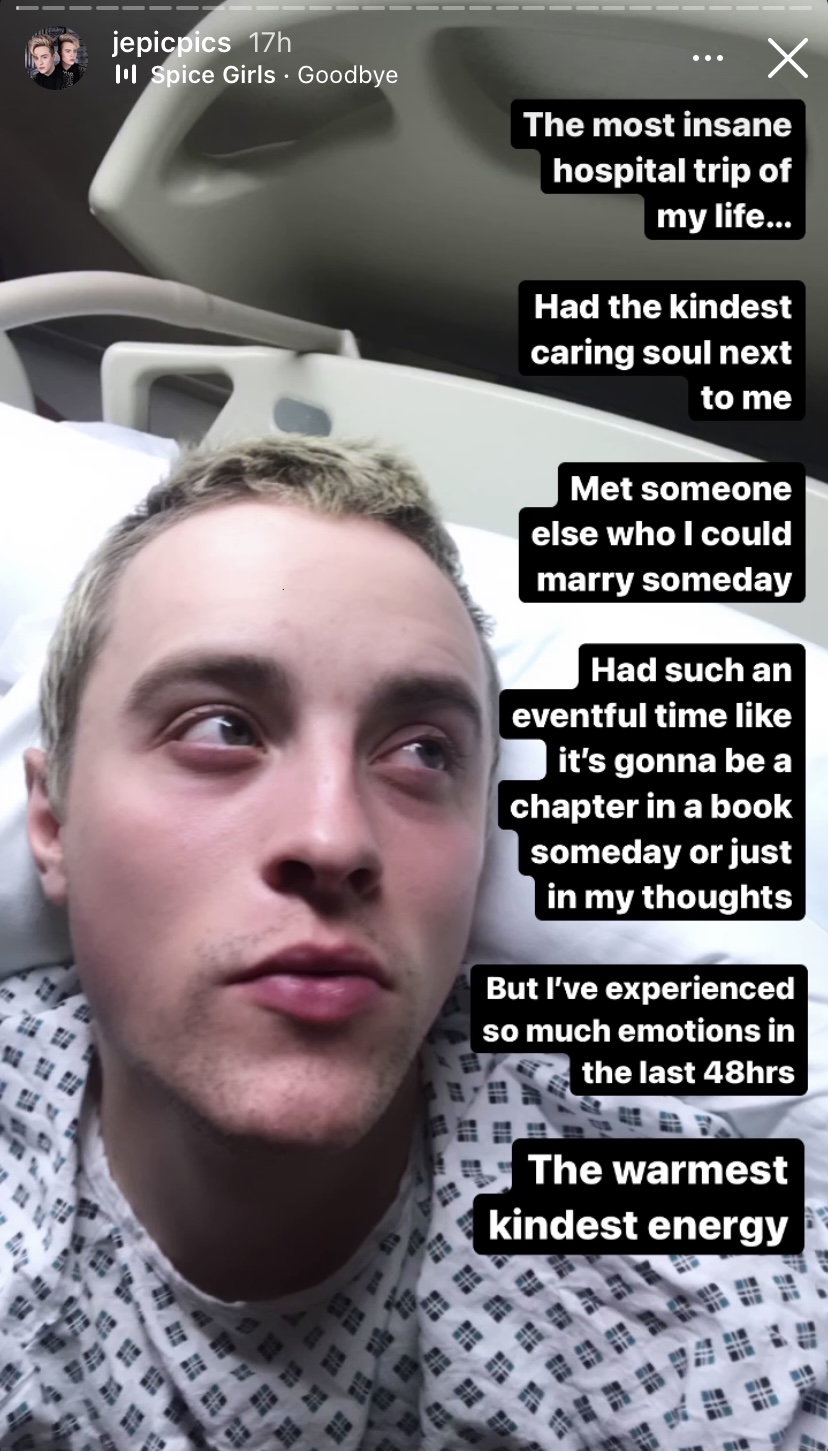