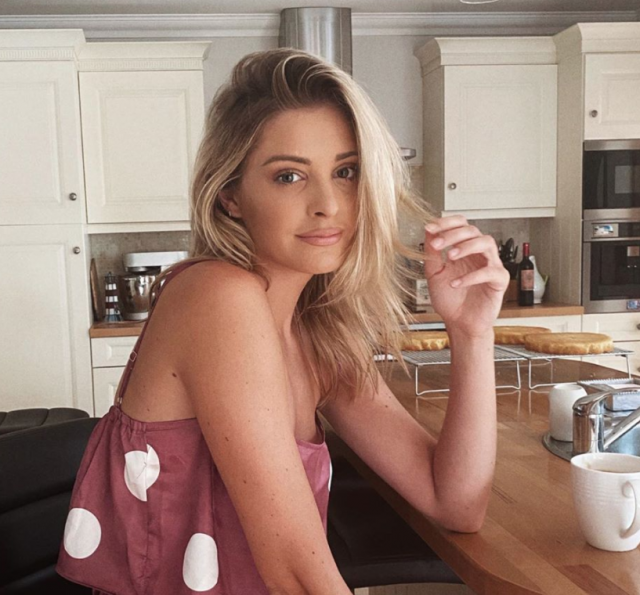 Louise Cooney has responded to a nasty troll, after they said they hope her family get Covid-19.

Taking to Instagram, the Limerick native shared a screenshot of the awful private message she received from a fake account.

The social media user was responding to a post Louise shared about quarantine coming to an end, before more restrictions were lifted on June 29th. 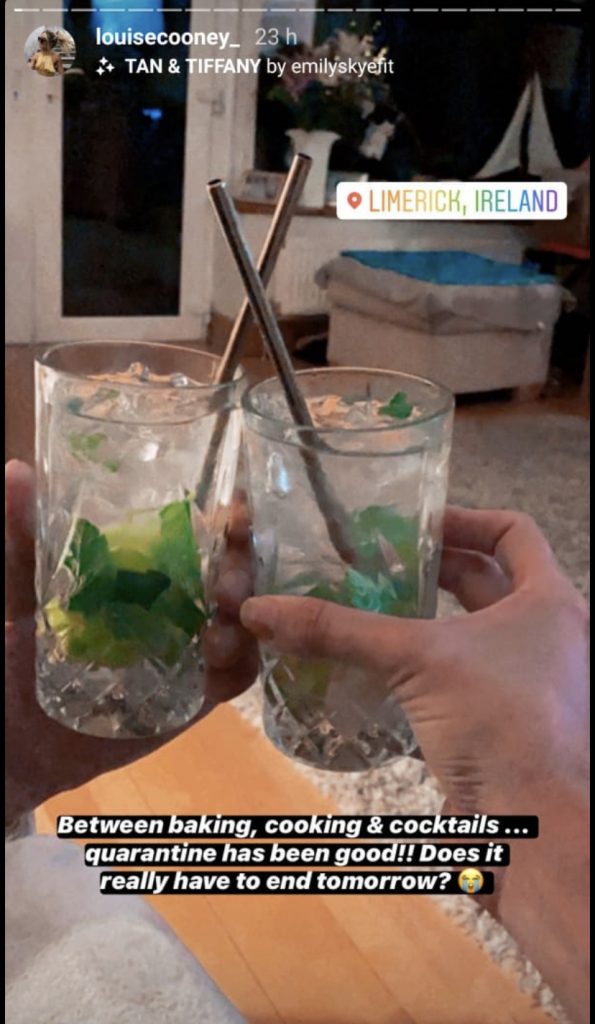 In the message, the cruel troll said they hoped Louise or her family would contract COVID-19, before branding her “selfish”, “disgusting”, and “dumb”.

Alongside the screenshot, Louise wrote: “With all the talk of online bullying I thought I would share this message I got today! I don’t get messages this bad often.. & luckily I’m happy so it doesn’t bother me.”

“Anyone who makes and interacts like this off fake accounts… why?! Imagine getting this if you were having a bad day, or a family members actually was sick…” 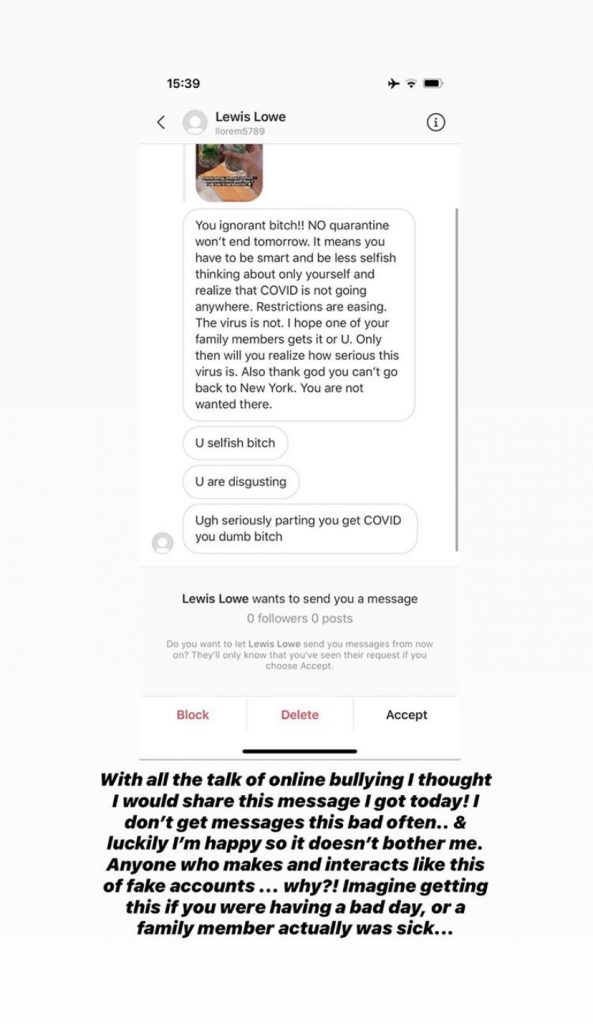 Later, Louise thanked her followers for sending her such kind messages.

She wrote: “So many messages… nice to [be] reminded that most people are normal ❤️ Thanks guys. I’m not bothered by it, I don’t even like to give these people airtime. I think they weirdly enjoy it!”

“So if any trolls are getting ideas… don’t 😂 If you don’t have anything nice to say, don’t say anything at all! trust me it might make you feel better 🙃,” she added. 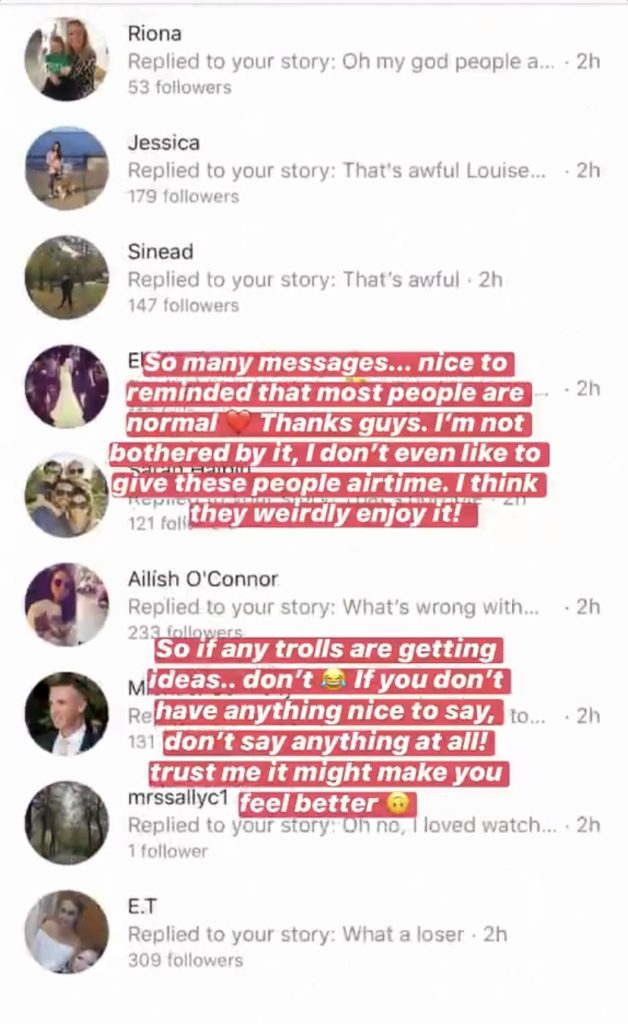