Eoghan McDermott got a tattoo yesterday, in support of Picture This’ new album ‘MDRN LV’.

The RTÉ star has always shown his support for the band, ever since their phenomenal listener response on his RTÉ 2fm show in 2016.

Eoghan hosted the band’s press conference yesterday, where they announced the name of their second studio album, which lead to the presenter getting inked permanently.

When the press conference finished, Eoghan and Picture This posted videos online of the him getting the tattoo. 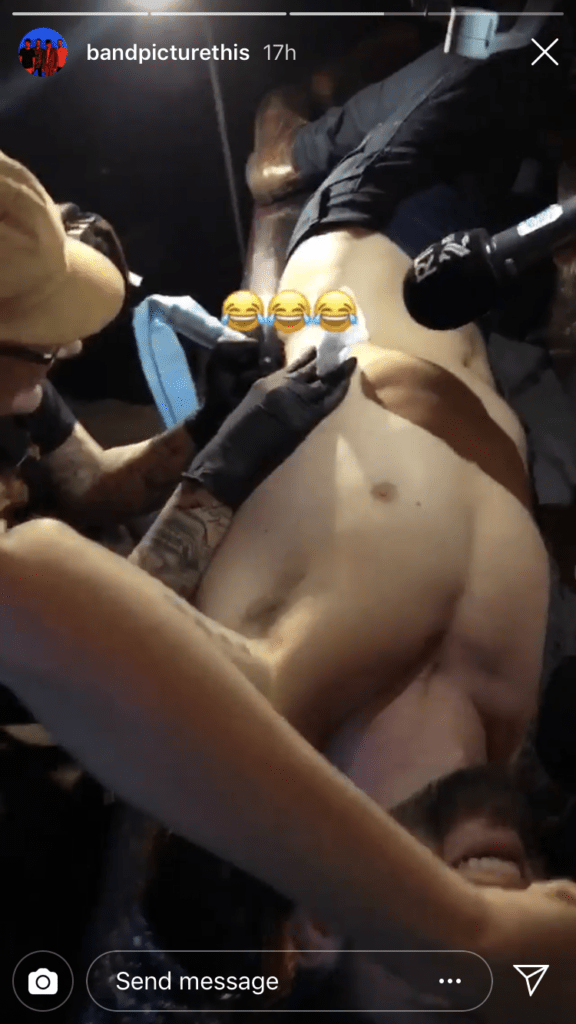 As seen in the photograph, Eoghan got ‘MDRN LV’ tattooed on the side of his torso – which matches Ryan Hennessy’s tatt inside his lip.

At the conference, the band also played their new song ‘One Drink’ from ‘MDRN LV’.

They also announced their upcoming tour dates, including FIVE gigs at Dublin’s 3Arena, before performing a surprise gig on a balcony above the entrance of the Westbury Hotel.

Following the press conference, the band joined Eoghan on his radio show on RTÉ 2fm, which was broadcasted live from outside the hotel.