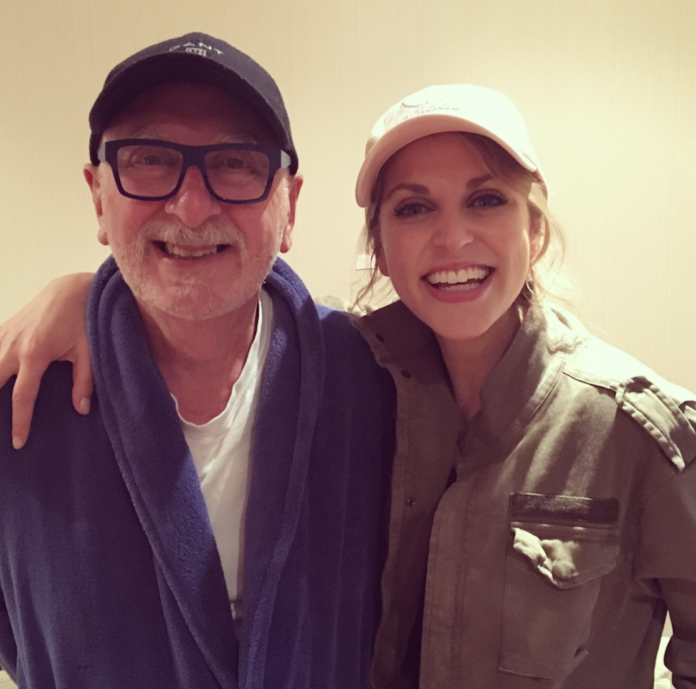 Amy Huberman got emotional on The Late Late Show on Friday night, as she opened up about the death of her father Harold.

The 84-year-old sadly passed away in May, following a lengthy battle with Parkinson’s disease.

Speaking about her beloved dad, the actress said: “He was so fun. The grief is overwhelming, and it ambushes you at times.”

“He was such a messer. He had a way of turning adversity into opportunity. He was very funny, and he communicated in jokes.”

“I feel closest to him when I’m laughing at something because I can hear him laughing.”

Amy spoke about the different stages of grief, and said: “I do worry about what’s around the corner because I feel like I’m getting to the stage of going ‘ok now I miss him, now I’m gonna miss him’, so I know that’s in the post.”

“Even though it was difficult, it was a really special time that we all had together, and not everybody gets that, so I’m really grateful that we had that,” she added.

Amy appeared on the show to speak about her new children’s book, The Day I Got Stuck in My Brain, which deals with grief.

The mother-of-three wrote the book while dealing with her own grief, which she described as “difficult” but “cathartic”.