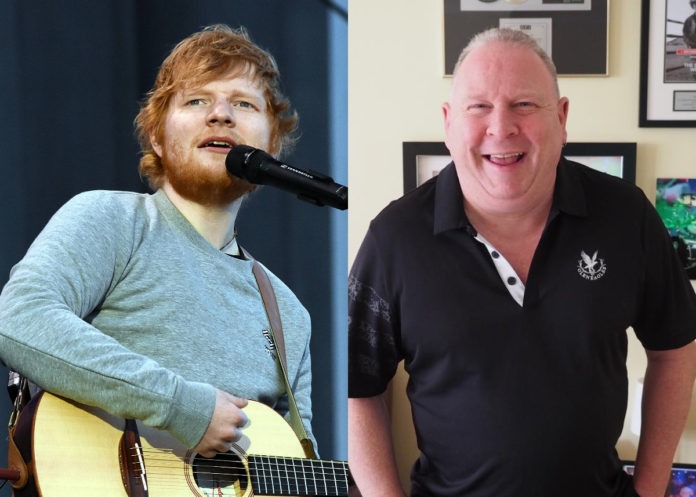 The Carrickfergus native, who worked with the likes of Eminem, Coldplay and Snow Patrol, passed away at the age of 53 following a short illness.

His death was announced in a statement shared by the agency he founded back in 2005, X-Ray Touring.

They wrote: “X-ray Touring are deeply saddened to announce that Steve Strange, one of the founding partners of the agency, has passed away after a short illness.”

“We have lost a legendary figure in our personal and professional lives that we will all deeply miss.”

“Steve was a unique individual within our industry, his overwhelming love of music lead to a 30 year plus career guiding the touring of an eclectic mix of artists from all genres of music that he adored.

“A universally known, hugely respected and loved character – if you hadn’t already seen him at a gig or festival, you’d most certainly hear his infectious and infamous laugh.”

A host of major stars have reacted to Steve’s death on social media, including Ed Sheeran.

Sharing a post about his passing on Instagram, the British singer wrote: “A very sad day, and a huge loss x.”

Snow Patrol, who worked closely with Steve for over 20 years, also released a lengthy statement following his death.

They wrote: “When Steve loved your band there was no one who loved it more. Steve had been with us from pretty much the start, and had guided us from tiny venues with a handful of people for so many years all the way to the biggest venues and festivals on the planet.”

“He had believed in us before almost anyone else in the music industry did. In 2004, after many years of slogging we headlined a stage at a festival for the very first time: T in the Park, Scotland, 2004, the King Tuts Tent.”

“Backstage just before we went on Steve excitedly told us the tent was full to capacity and there were ‘twice as many f*****g people outside the tent as inside it’, this line accompanied as always with his distinctive full throated laugh.”

“While on stage during the first song while still trying to take in the insanity and chaos of the wild crowd, I turned around to see Steve at side of stage beaming a smile that in my memory seemed to be somehow wider than his face.”

“Such pride he could barely contain in his boys that he’d seen through many a hard time. Today as I write I can see him still there, as if it was yesterday, smiling with his whole body,” they continued.

“After you’d finish a gig it wouldn’t be long before you’d hear Steve (you’d always hear his booming voice and laugh before you saw him) outside the dressing room – Steve as always the first person allowed in our dressing room post gig – to then burst in and enthuse about the show with reams of laughter and guffaws.”

“So today and for as long as we live we’ll tell those stories and they’ll bring us joy, and maybe the profound sadness that will be pervasive for a long time at his loss will be tempered somewhat by the laughter and joy that he brought us and everyone that knew him.”

“We love you Steve. Thank you for more than we can ever put into words. Your boys, SP.x”