Joanna Cooper has responded to rumours that she is engaged to rugby beau Conor Murray.

The love up couple are enjoying a romantic holiday in Portugal with some of the Munster man’s Irish Rugby colleagues after a very successful season.

They’ve both been posting lots of sweet holiday snaps but one in particular sparked engagement rumours.

Joanna posted a photo of the pair kissing in Tivoli Carvoeiro captioned, “The cuteness.”

Her eagle-eyed followers spotted a ring on her wedding finger and were quick to query her as to the significance of it.

Responding to the rumours she posted a photo of the ring in question on her Instagram story which showed that it goes along three fingers.

The top model also typed, “Lads it’s a snake”, putting an end to the specualtion. 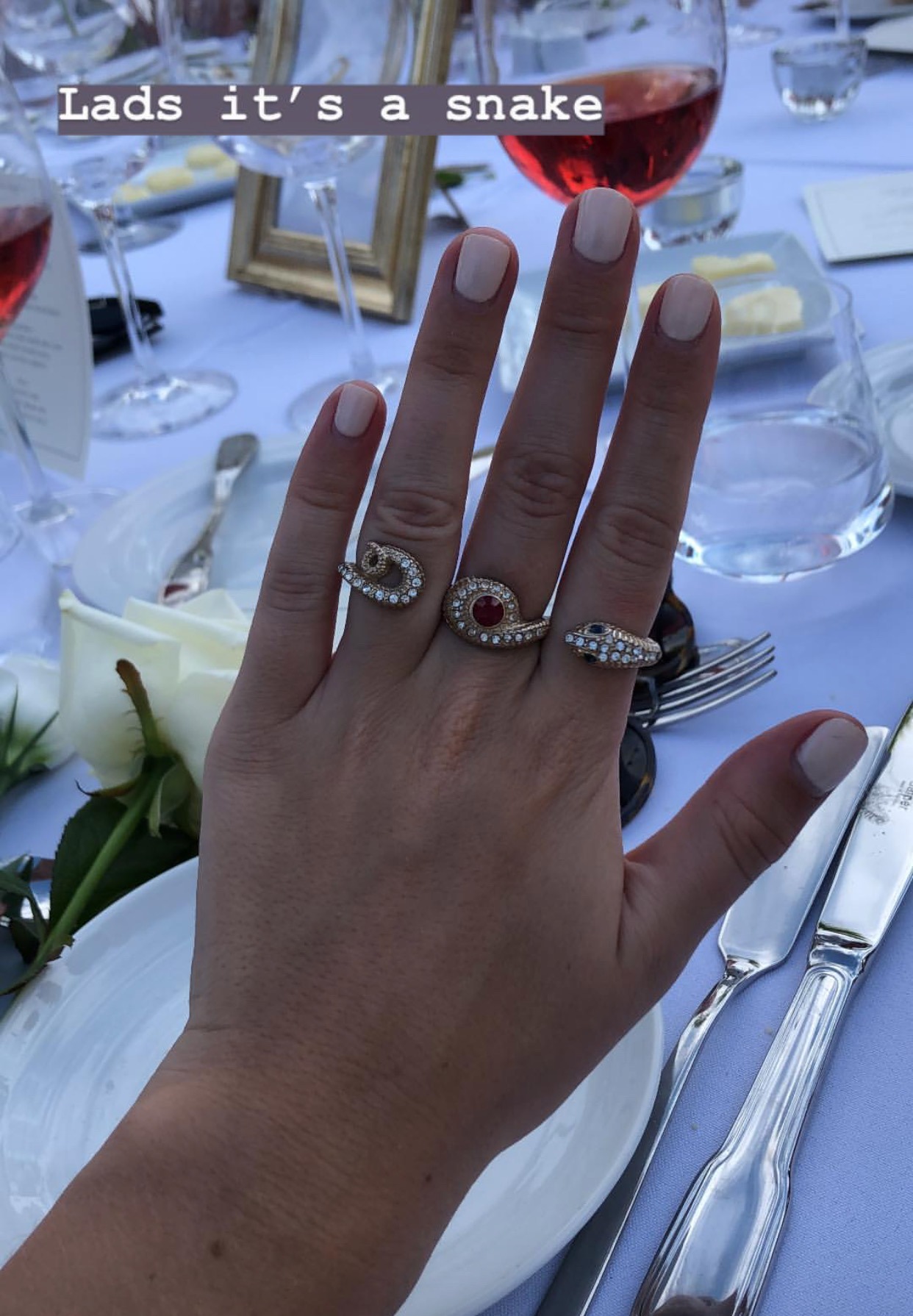 The couple only went public in March, having dated for a few months previous, so we may be waiting a while for wedding bells yet.