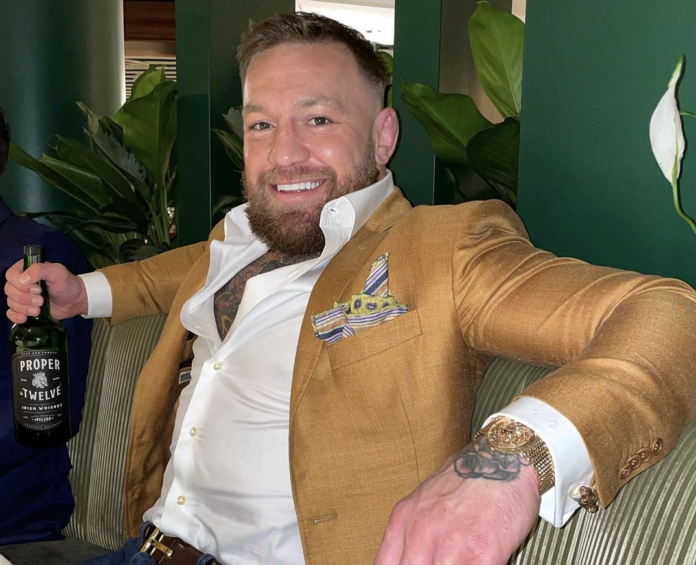 Conor McGregor has addressed his altercation with Machine Gun Kelly at the MTV VMAs on Sunday night.

The Crumlin native attended the awards show in New York as a guest presenter, and was joined by his fiancée Dee Devlin.

Before the ceremony started, photos and videos from the red carpet showed Conor and Machine Gun Kelly being kept apart by security.

why mgk and connor bout to fight. #vma pic.twitter.com/cMMT7CuPNN

It wasn’t clear what caused the altercation, but Conor has since insisted “nothing” happened between them.

Speaking to Entertainment Tonight at the VMAs, the UFC star was asked to share what really happened.

“Nothing happened with me, I only fight real fighters, people that actually fight, you know what I mean.”

“I certainly don’t fight little vanilla boy rappers. I don’t even know the guy. I don’t know anything about him, except that he’s with Megan Fox.”

The MMA fighter’s rep has also denied reports the incident occurred after Conor asked MGK for a photo.

In a statement to Entertainment Weekly, Conor’s rep insisted he “NEVER asked for a photo”.

“Totally untrue. Conor does not know MGK other than someone who attended his last fight,” they added.

The 33-year-old, who is recovering from a serious leg injury, was invited to the MTV VMAs to present Justin Bieber with his award for Artist of the Year.

The pair recently hung out in Los Angeles, and posted photos together on Instagram.