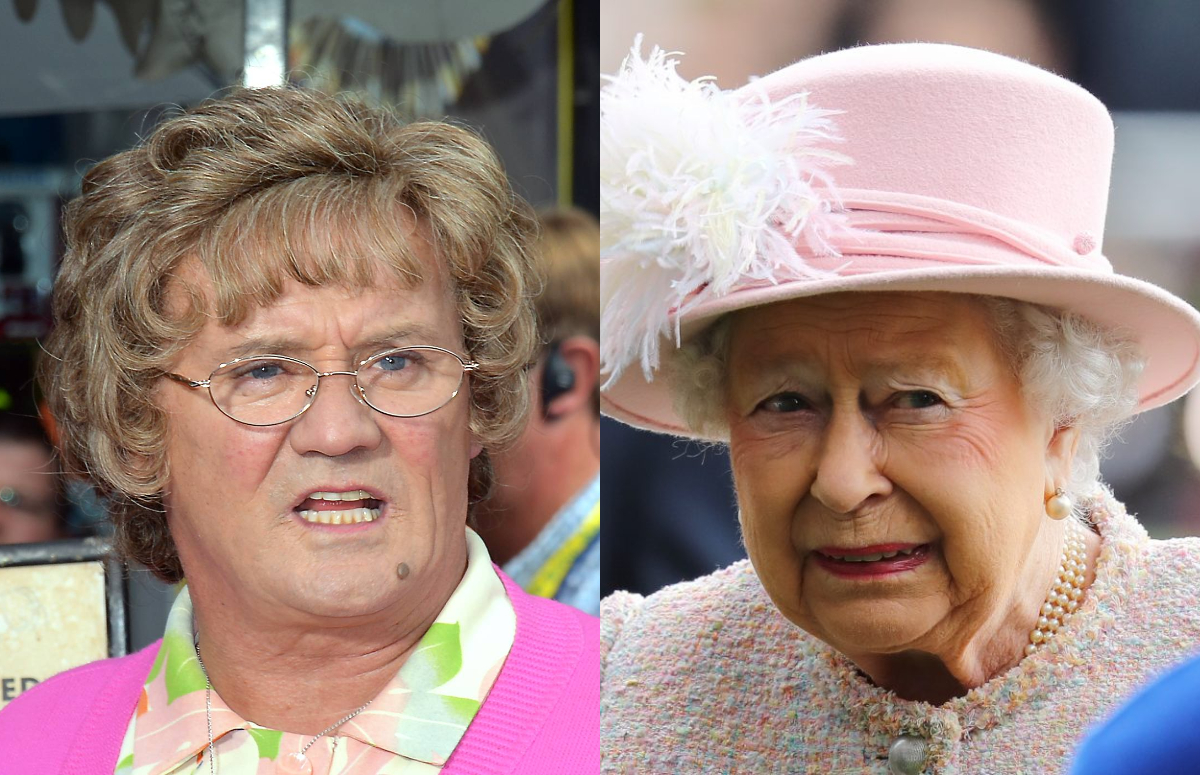 Brendan O’Carroll has revealed he had to change the Mrs Brown’s Boys Christmas special this year because of the Queen.

The special episode, titled Mammy Of the People, will follow Agnes Brown as she enters a competition to broadcast a reply to the Queen’s annual Christmas speech.

Speaking to the Irish Sun, the comedian said: “I flagged it early to the BBC I was going to do this, and the BBC said fine but said we have to be careful about this.”

“I replied: ‘Why? Are you afraid of offending the Queen? Sure you only have to look at what The Crown is doing!'”

“They said suppose something happens to the Queen, before Christmas comes? If we put that bit in the main body of the show, then we will have to scrap the show…”

“I went ‘wow you’re right!’ So we agreed that Mrs Brown would do her own Queen’s address in the end titles.”

“So when the titles start rolling on Christmas night, you’ll hear Agnes doing her Queen’s speech saying ‘Your Majesty’. It ended up a kind of tagline which was the right thing to do,” he added.

The cast of Mrs Brown’s Boys reunited to film two Christmas specials in BBC Glasgow back in October.

The first special will air on RTÉ One at 9.45pm on Christmas Day, before the second one airs on New Year’s Day at the same time.