Al Porter has “no immediate plans” to return to the spotlight, after a sex assault charge against him was dropped earlier this week.

The entertainer was accused of assaulting a young man at a venue in Dublin back in 2016, but prosecutors officially dropped their case against him on Wednesday.

According to the Irish Mirror, Al has since told a friend: “Over the last two years I’ve been working on myself. I have been spending time with my family.”

“I’m receiving counselling and making sure this experience doesn’t break me. I am too young for that.”

“Everything I’ve been doing – drinking less, counselling, trying to get grounded – has been so this doesn’t break me and ruin me for the rest of my life.”

“I need to spend time with my family, continue with counselling and continue putting the pieces of my life back together to get some semblance of normality again.”

“I am trying to look after my well-being so this whole horrendous experience doesn’t break me entirely. I have a long life ahead.”

“I’m doing what I’ve been doing for the past two years, looking after my own wellbeing with the help of family. I have to be ready for any future plans. I have to, first of all, make sure I’m OK.”

“It’s taken a significant toll on my physical and mental health but I just need to put pieces of my life back together,” he continued.

“I will take a bit of time out after a stressful two years and reassess my life in the new year. It’s a new decade.

“At Christmas, I will be doing exactly what I was doing last Christmas, which is doing the dinners for those down on their luck and homeless. I do it most of Christmas Day for a charity called Helping Hand in Tallaght.” 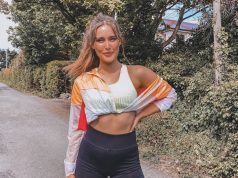