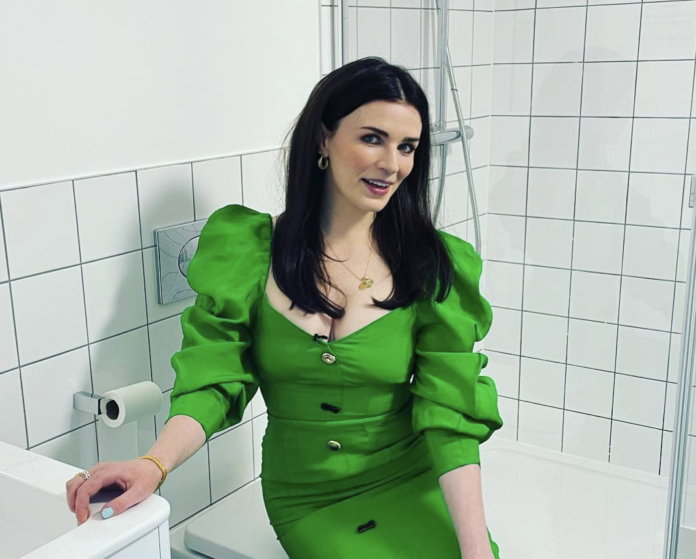 Aisling Bea has recalled the awful moment she burst into tears after a panel show host told her to “shut the f*** up”.

The actress and comedian opened up about the incident on Doireann Garrihy’s The Laughs Of Your Life podcast, and revealed how the unnamed man scolded her for interrupting him.

The Kildare native said: “I was doing a job, and it was early enough in my career, and it was a sort of panel show environment.”

“I thought I had a good time, but I hadn’t totally learned the hows and ways of it but there was also still no real version of it at the time.”

“I was one of the few girls who was ever on these shows, and like it wasn’t a big one or anything like that, but I was on one and it was a sort of difficult record. It didn’t sort of flow or play but we were all doing our job, and it was grand enough….”

The 37-year-old explained: “Because I didn’t grow up with any men, the sound of a man speaking does not say ‘be quiet’ to me. It does nothing to me, to my body, I’m like ‘Oh you’re still here’.

“But anyways in the bar afterward I was still kind of being like ‘Oh I hope I did a good enough job’ and I could see he was sort of annoyed and I wanted to fix the situation and I was like ‘Oh, hope I did ok’.

“And maybe he was just having a bad day or whatever, but I was like ‘Oh, you know if you have any tips or anything for next time’…”

“And he was like ‘well, the thing about a panel show is, Aisling, you know, the host is like the dad and you’re sort of like brothers but when daddy or whatever is talking, the little girl should shut the f*** up.’

Aisling admitted she felt like giving up her TV career after the incident, but now she has the last laugh as she earns “much more money” than the unnamed TV host.

She joked: “But now the little girl earns so much more money than ‘daddy’. I’d say my tax bill alone is probably what they earn in a year.”