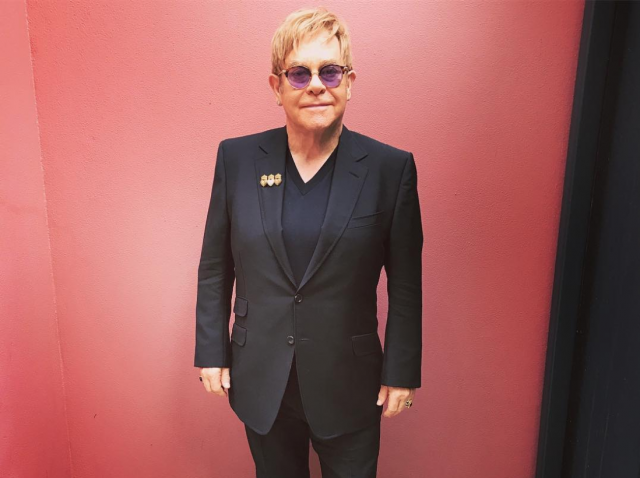 As expected, Elton John has announced that he will retire from touring – but not before he embarks on one last mammoth world tour.

The legendary singer has announced his 300-date Farewell Yellow Brick Road world tour, which he could take up to three years to complete.

The tour, which will start in September, includes a concert in Dublin’s 3Arena on June 12, 2019.

Speaking at a press conference in New York on Wednesday, the 70-year-old singer announced his plans to retire as he wants to enjoy the rest of his life with his husband, David Furnish, and their children, Zachary, 7, and Elijah, 4.

Speaking to CNN news anchor Anderson Cooper, he sad, “My priorities have changed. We had children and that changed our lives and in 2015 we sat down with a school schedule and I thought I don’t want to miss too much of this.”

“My life has changed, my priorities have changed and my priority now is my family.”

Elton says his farewell tour will give him the chance “to say thank you to all my fans around he world and then to say goodbye. It doesn’t mean I’m not going to be creative any more.”

“It will take three years probably. I’ve been working constantly, I’ve been on the road ever since I made it in 1970. I have had a good run … I want to go out with a bang.”

“I’m not one of those people who says I’m retiring and then does loads more shows. I’m not Cher, although I do like wearing her clothes.” he added. “After this tour, that’s it.”