Lily James’ new romantic thriller has dropped on Netflix today, amid the recent headlines surrounding the actress and Dominic West.

Rebecca joined the streaming platform today, which sees Lily play a young woman who arrives on the French Riviera to work as a personal assistant.

While staying in a luxury hotel, she meets an older, wealthy man called Maxim de Winter (played by Archie Hammer), and they begin a passionate romance before tying the knot.

But as the newly weds return home to England, the young wife finds her marriage and life is being haunted by the presence of Maxim’s dead wife, Rebecca.

Speaking to Harper’s Baazar about her role, Lily said: “The character Rebecca, she went against all norms as a woman.

“[She] disobeyed her husband and had affairs, was basically just brilliant and that was only in the 1930s.

“People are afraid of women when they’re unleashed and women are warriors and that’s intimidating.”

She admitted: “I think I make mistakes all the time and I feel that’s what life’s about and I would never want to run away from a situation or be too scared to act…

“I’m still figuring it out but I do think I can grow and develop a thicker skin. All that matters is those who love you.”

Lily has reportedly “pulled out” of press interviews ahead of the film’s release with “no explanation” last week, after those photos of her and Dominic West hit headlines.

The actors were papped kissing and looking loved-up in Italy last Monday, which sparked concerns for Dominic’s marriage.

Dominic and his Irish wife Catherine FitzGerald have since insisted their marriage is “strong” – but Lily has remained silent over the scandal. 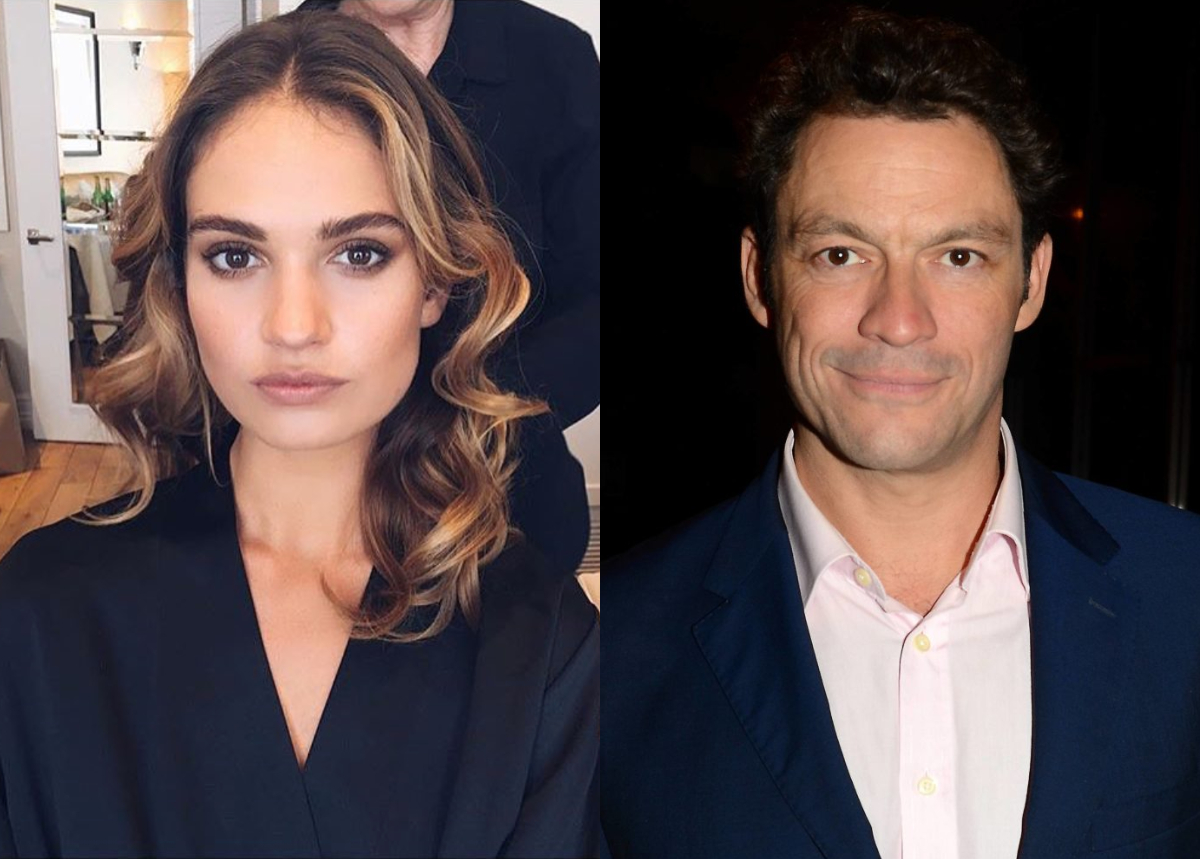 According to PageSix, Lily attended a Hollywood Foreign Press event last Tuesday, the day after the photos were published, but she reportedly backed out of interviews “at the 11th hour”.

An insider said: “It was a two-day junket. On the first day, Lily was joined by the producers who it seemed were there to protect her from anyone asking questions about the photos.”

“The next day, when members of the HFPA and others were due to talk to her, she pulled out at the 11th hour. There was no explanation.”

The news comes after Lily also cancelled scheduled appearances on The Today Show in the US, and The Graham Norton Show in the UK.