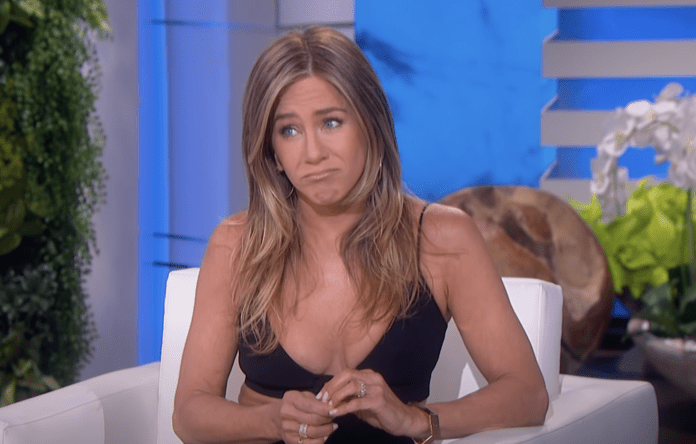 Jennifer Aniston poked fun at her divorce from Brad Pitt during her final appearance on The Ellen DeGeneres Show.

The 53-year-old actress was the first and last guest to appear on the hit talk show, which made it’s debut in 2003.

During the show’s final episode, which aired on May 26, Ellen asked Jennifer how she dealt with the ending of Friends after its 10-year run.

Jennifer replied: “Well, I got a divorce and went into therapy. Oh! And then I did a movie called The Break-Up. I just kinda leaned into the end.”

“I just was like, ‘You know what, guys? Let’s make this a completely new chapter. Let’s just end everything and start new.’ It worked great.”

Friends came to an end in 2004, one year before the actress divorced her husband Brad Pitt after almost five years of marriage.

In the months leading up to their divorce being finalised, there was intense media speculation surrounding Brad’s relationship with his Mr & Mrs Smith co-star Angelina Jolie.

Angelina and Brad dated for seven years before announcing their engagement in 2012.

The couple tied the knot in 2014, but split just two years later when Angelina filed for divorce in 2016 citing “irreconcilable differences”.

After her divorce from Brad, Jennifer went on to marry actor Justin Theroux.

However, the pair sadly announced their separation in 2017, after three years of marriage.

Despite her two divorces, Jennifer told ELLE in 2018 that she considers both her marriages “very successful”.

The actress said: “When they came to an end, it was a choice that was made because we chose to be happy, and sometimes happiness didn’t exist within that arrangement anymore.”