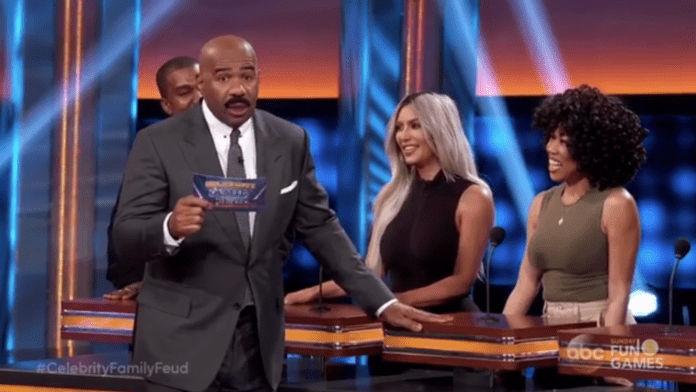 The Kardashian/Jenner family go head-to-head with the West’s in an upcoming episode of Celebrity Family Feud.

The show, which is hosted by Steve Harvey, is one of Kanye West’s favourite shows – so the family jumped at the opportunity to appear on the show.

In an epic showdown, the hour-long episode features The West Family, led by Kanye, his wife Kim Kardashian-West, and other family members.

This was SO much fun!! Sunday June 10… we’re on Celebrity Family [email protected] @iamsteveharveytv #Family #FamilyFeud

Both families played to raise money for the Children’s Hospital of Los Angeles.

Kris Jenner shared a short clip from the episode on Instagram, which sees her go head-to-head with son-in-law Kanye.

Kris captioned the post, “This was SO much fun!! Sunday June 10… We’re on Celebrity Family [email protected] @iamsteveharveytv #Family #FamilyFeud.”