Irish celebrities have been coming out in droves to support both sides of the 8th amendment referendum.

Ireland will vote on the issue on the 25th of May with Yes voters seeking to repeal the 8th amendment from the constitution and No voters wanting to maintain the status quo.

Polling stations will be open from 7am to 10pm this Friday. Voters are being reminded not to wear anything that could be considered canvassing when they go into vote e.g. Jumpers, stickers, badges with election slogans on them. Bring a passport, identity card or driving licence to vote.

We’ve compiled a list of some of the celebs and influencers who have spoken out publicly about their views on the matter.

Irish celebs supporting for a YES vote include:

Firstly I believe each to their own. And in turn the very essence of that being choice. As I see it it isn’t pro anything other than choice. For basic healthcare, compassion, understanding, safety & Trusting Women. Either way make sure you’re registered to vote. #togetherforyes

Amy tweeted her support for a ‘Yes’ vote stating, “Firstly I believe each to their own. And in turn the very essence of that being choice.

“As I see it it isn’t pro anything other than choice. For basic healthcare, compassion, understanding, safety & Trusting Women. Either way make sure you’re registered to vote. #togetherforyes.”

“My BOD, My choice,” was an amazing caption opportunity Brian O’Driscoll missed when he weighed in on the 8th amendment referendum to support a yes vote for progressive healthcare.

Vogue Williams, who is expecting her first child, has been vocal about her support for the campaign to repeal the 8th amendment for a long time.

She wrote on Instagram, “I want the choice, I want the women of my country to have the choice. We need to be trusted to make decisions over our own bodies. I’ve been lucky enough to have a healthy planned pregnancy, not every woman has the same circumstances as me and I want them to be able to choose what is best for them and their situation.” 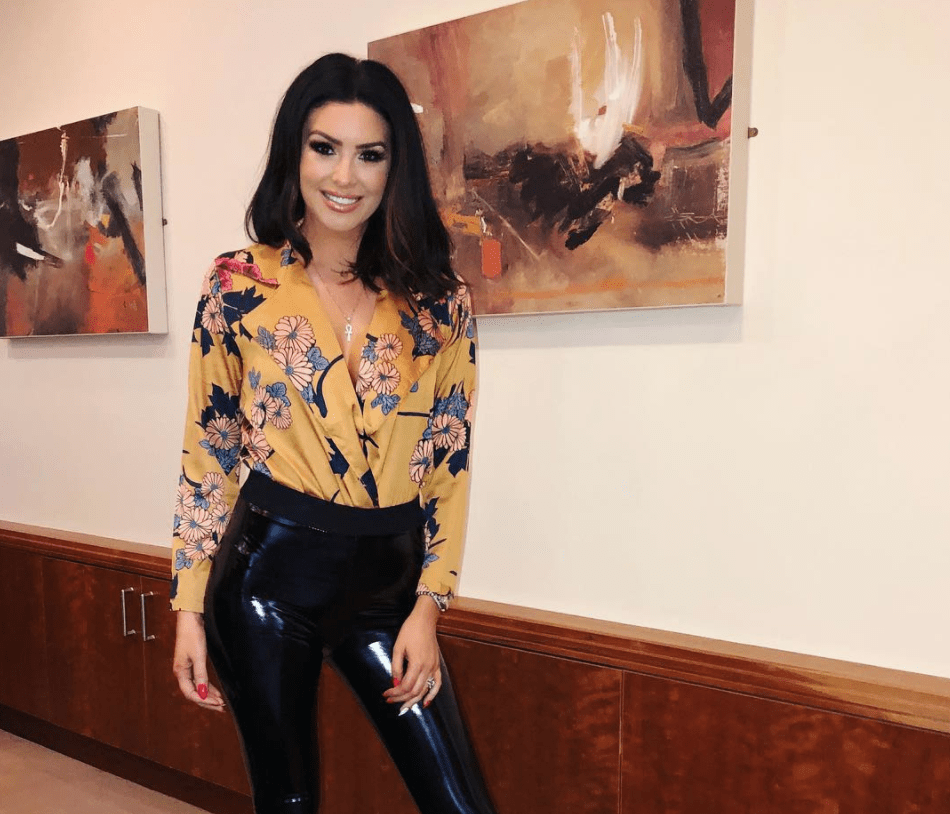 Suzanne told followers on her Facebook page, “On the 25th of this month, we get to vote on such an important issue, one that affects us all.

“Make sure you’re registered to have your say and if you’re not familiar with the details of what you are voting on, educate yourself on the issue & make a point to know all the facts. But please remember it is SO important that you use your vote xx ✨ #TogetherForYes #haveyoursay.”

If you missed the referendum debate on @RTELateLateShow you should watch now on Rte player. Educate yourself, know the facts & most importantly have your say on the 25th. #TogetherForYes

Pippa urged her followers to watch the The Late Late Show referendum debate.

“Educate yourself, know the facts & most importantly have your say on the 25th. #TogetherForYes”

The comedians have both showed strong support for a yes vote, and gone so far as to create videos for Together For Yes wearing Repeal jumpers.

Jimmy Carr, Katherine Ryan and Roisín Conaty all weighed in on the Irish issue too by featuring in the video.

I’ll be voting Yes on Friday.

Peter O’Mahony took to Instagram to advocate for a yes vote.

The father of young daughter Indie is leading by example, showing men that they need to get out and vote for the sake of the women in their lives and women in general.

The 8th amendment in Ireland is harmful to women and I t violates women’s right to bodily integrity and self determination. It is a draconian law that puts women’s lives in danger. I respect your right to not want an abortion if it is against your religion or just not a personal choice you would make, but to hold every woman in Ireland to the same religious belief is unjust and inhumane. Women should be trusted to make the right decision for THEMSELVES. A personal, private decision, that no one, especially not the state should be weighing in on. That is why I FULLY support the @repealproject @repeal8thglobal @together4yes

Outlander’s Catriona Balfe is urging for a Yes vote because she believes, “The 8th amendment in Ireland is harmful to women and it violates women’s right to bodily integrity and self determination. It is a draconian law that puts women’s lives in danger.”

Both James and John Kavanagh have been promoting ‘Yes’ votes on their social media platforms.

John tweeted, “I’m voting yes Paul. I’ll be waiting at@SBG_Ireland for you to drop by to smack me around. #repealthe8th,” in response to trolling his younger brother James was receiving for his Repeal stance.

Lads, please register to vote before the 8th of May, please vote to Repeal the 8th Amendment. The Full chat with Cillian Murphy will be on the Blindboy podcast next monday. pic.twitter.com/Apr7WtoV3t

Cillian Murphy has been photographed at marches before calling for the 8th amendment to be repealed, but more recently he spoke to Blindboy Boatclub about why it is so important for men to get out and vote ‘Yes’.

This week he even dropped a cake into the Together For Yes HQ to lift the volunteers’ spirits.

Cian Healy announced his advocacy for repealing the 8th amendment on Twitter when his polling card arrived.

Sherlock’s Andrew Scott told us “I’m absolutely going to be voting Yes,” when we talked to him at The Delinquent Season world premiere.

Vote on May 25th pic.twitter.com/jiCVZvfJuH

U2 took to social media to announce their support for a ‘Yes’ vote on May 25th when they tweeted a photo of Maser’s mural which reads “Repeal the 8th.”

Gabriel was honoured with the Lifetime Achievement Award at this year’s IFTAs.

Before he accepted the award from Michael D Higgins he told Goss.ie, “I’m unashamedly and unapologetically pro-choice. I believe that If you don’t own your own body and your own decision to do what you want with your own body, what do you really own?”

“I think that the Church and politicians should not be making decisions, moral decision about a person’s intimate life. That’s not to denigrate people who are pro-life… You can’t tell one group of people what they should be doing.”

To all my fellow Irish, whatever you decide make sure you use your vote – a lot of people fought hard so you have it. Use the next few weeks to get informed – as posters can be misleading. I’m pro choice and together for YES. Healthcare not airfare ❤ #trustwomen #togetherforyes

Laura Whitmore has been urging people to vote by posting several photos in relation to the referendum on Instagram.

The TV presenter has been sporting ‘REPEAL’ and ‘Yes’ merchandise at events and has said, “I’m pro-choice and together for YES. Healthcare not airfare.”

The star wants people to use their voice regardless of what side of the debate they are on, “I believe everyone has a right to their own opinion and in turn have the ability to make their own choices. Whatever your view use your vote if you have one May 25th.”

The broadcaster was on the fence for a long time, but after doing her research and listening to people’s experiences of the 8th amendment she told Evoke.ie, “I’m still very confused. I do know that I’m going to vote yes, but it was more so just hearing stories of other people.”

Irish celebs pushing for a NO vote include:

Speaking as a former fetus, I’m against the killing of babies. #LoveBothVoteNo #LoveBoth #savethe8th #votenotoabortion

The Corr’s brother is vocal about his anti-vaccination stance and retaining the 8th amendment.

He has been retweeting claims that referendum is rigged and also tweeting, “Speaking as a former fetus, I’m against the killing of babies. #LoveBothVoteNo #LoveBoth #savethe8th #votenotoabortion”

The politician has been out campaigning with the Kerry Right To Life group and has endorsed the Love Both campaign via retweets.

Dana has been vocal over the years about her anti-abortion stance and told the Irish Times, “The principle that human life is to be safeguarded and defended at all times.”

The band spoke to Evoke with their mother, Mary, saying that she does not “condone abortion” and so she would be voting no.

John Connors announced his advocacy for a no vote on Twitter telling people to “ignore tyrants like Varadker, Coveney and Martin.”