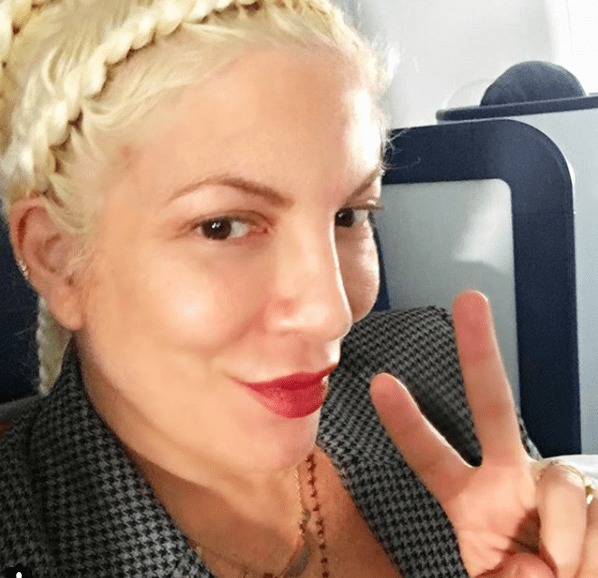 Police have been called to Tori Spelling’s house again. The mother-of-five, who welcomed her fifth child last year, is on the verge of a nervous breakdown, according to reports.

This is the second incident in under two weeks that the Police have been to the stars home.

According to The Daily Mail Tori has suffered a nervous breakdown.

Tori lives at home with husband Dean McDermott and their five children.

The Daily Mail said that Tori’s husband Dean called 911 to report that Tori was having a breakdown.

“According to the dispatch message, authorities responded to a female mental illness call at the house”.

It was reported that officers took a domestic violence incident report but no one was arrested or taken to hospital.

Us Weekly was told that “Her friends and family are all very, very worried”.

“You would think the cheating, money problems and constant arguing would be enough for Tori to decide to divorce Dean, but she refuses to even discuss it.”

“Tori believes a divorce would label her as a failure.”

Apart from sharing a picture of her one year old beau on Instagram to celebrate his first birthday, Tori has not commented on the latest reports.