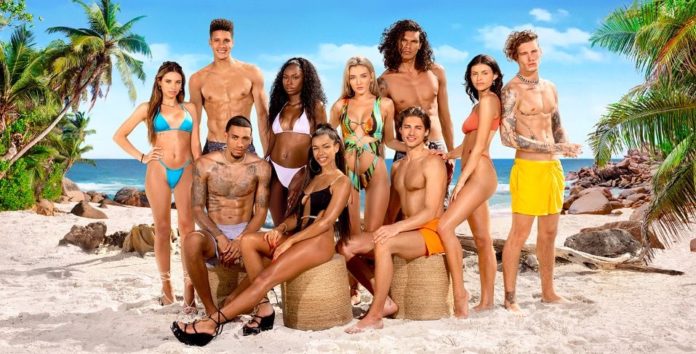 WARNING! This article contains spoilers for season three of Too Hot To Handle.

Too Hot To Handle season three stars Beaux Raymond, Harry Johnson and Jackson ‘Matthew’ Mawhinney were arrested for behaving badly on their flight home to the UK.

The show sees a group of singletons move into a luxury beachside villa in Turks and Caicos for what they think will be the sexiest vacation of their lives.

But soon after arriving, they are told they are banned from any kind of sexual contact in the hopes they will ditch their bad dating habits and form deeper, more emotional connections.

The rules include no kissing, no heavy petting and no sex of any kind, and if they break these rules, they lose some of the whopping $200,000 prize money up for grabs.

Beaux and Harry were crowned the winners of the series, and they split the $90k cash prize.

On their flight back to the UK last February, the couple and their pal Jackson reportedly became aggressive after being told by British Airways cabin crew to wear face masks, and being refused more alcohol.

The trio were arrested upon landing and were fined £3,000 each after going to court, where they admitted to their behaviour.

The reality stars have since apologised for their actions, with Jackson telling The Sun: “Our behaviour was immature and irresponsible and it’s weighed heavy on all us, and we’re just really looking to move forward from it as quickly as possible.”

Harry said: “Filming a TV show, it was really hard work and you’re limited to two drinks a day. And it’s very stressful, to be honest, and you’ve got to stick to time and stuff like that.”

“So I think obviously when we all got on the plane, we felt like it was our chance to kind of let loose and relax… I hope when people do watch the show, they realise that our characters aren’t what’s been portrayed and obviously it just was a drunk mistake.”

Beaux added: “It’s really embarrassing talking about it again. It’s out of character for us, obviously. It’s never nice when drinks are involved, it can escalate very quickly. I’m sorry to everyone and nothing like that has ever, ever happen again.”