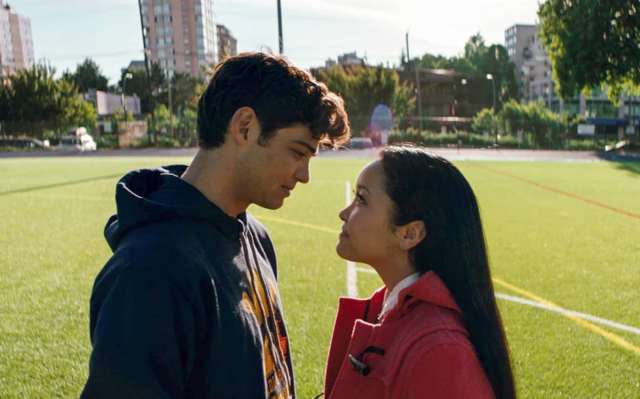 Lana Condor has admitted that there is a ‘spark’ between her and her co-star Noah Centineo.

The pair starred in the Netflix hit ‘To All The Boys I’ve Loved Before’, and have both signed on for the sequel.

During her appearance on Jimmy Fallon’s talk show, she recalled the moment she felt ‘something’ with Noah.

“We had just come back from a hot yoga class and went to his apartment and we ordered pizza. And it was kind of like, oh, hot yoga, pizza, what’s happening?”

“It was right before we shot the movie, just trying to get to know each other. And I felt something! I looked at him and I was like, ‘Noah, it’s not going to happen between us.'”

The 21-year-old knew they had to be ‘best friend professionals’, as she revealed the pair agreed to remain platonic.

The actress was thankful that they didn’t get romantically involved as they have to work on the sequel together, but admitted, “We still have that spark. Absolutely, we were just on the phone the other day just talking about the sequel.”

Jimmy then joked that if the sequel does well they could film the third film, because there are three books, and then the stars can ‘really fall in love.’

Watch the full interview below: