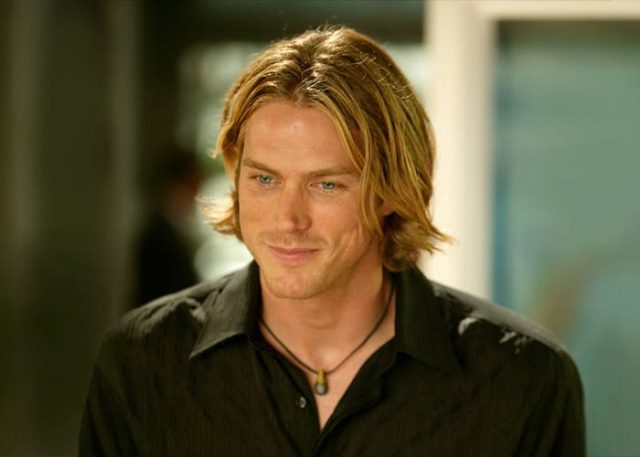 Years later the actor, who famously starred as the Absolut Vodka hunk in the hit show, has resurfaced on Australia’s This Morning Show.

The 49-year-old appeared unrecognisable as he ditched his long blonde locks and sported a thick brown mustache.

Actor Jason Lewis looks back on his memorable role as Smith in Sex and the City. #TMS7 pic.twitter.com/k1P97Y5XkK

Jason spoke about his time on the hit show, and why he thought it was so successful.

“Any good writing speaks for something we all experience and they did such a good job of doing that while keeping it funny and entertaining and sensational,” he told the hosts.

“But it was always something that was really heartfelt in each episode.”

Speaking about the infamous scene where his character performs in a nude play, he laughed: “It was a good lesson in getting used to your natural state.”

He also remembered the heartwarming scene where Smith shaves his hair as Samantha loses hers due to cancer.

“That was one of the best experiences I’ve ever had filming…it was a very meaningful storyline, especially because one of our producers had suffered [of cancer] as well.”

“They just did that so well,” he added, “They included in their entertainment something that was a little more decent than just sex.”

The Hollywood heartthrob is now engaged, after proposing to his girlfriend Liz Godwin in December last year.

He also works alongside the charity Best Buddies, helping people with special needs.

“I love it because we all face marginalisation at different times, but not all of us find advocacy for ourselves,” he said.