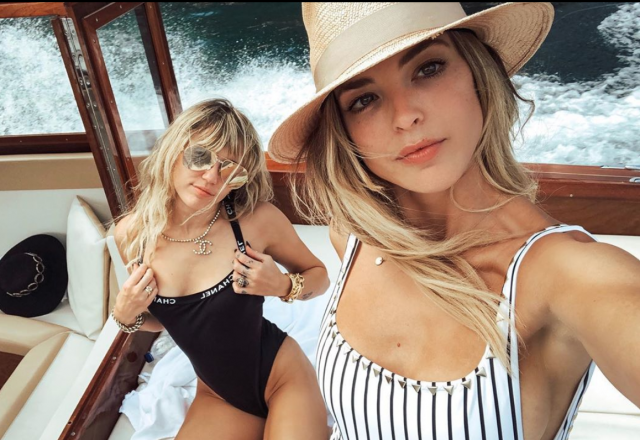 Kaitlynn Carter’s The Hills co-star Spencer Pratt is claiming that she had “something going on” with Miley Cyrus long before they were snapped snogging on a yacht.

Back on August 11th photos surfaced of the girls kissing on Miley’s yacht, just one day after Cyrus announced her split from husband Liam Hemsworth.

Speaking to Cosmopolitan about The Hills: New Beginnings, Pratt said Miley and Kaitlynn were already a thing before filming for the reboot began late last year.

“We know she had a thing going with Miley. She already had something going on with her when these scenes were filming.”

“Maybe not physically, but definitely emotionally” he continued.

Cyrus denies claims that she cheated on her husband, causing their break-up.

“I can admit to a lot of things but I refuse to admit that my marriage ended because of cheating. Liam and I have been together for a decade. I’ve said it before & it remains true, I love Liam and always will.” she tweeted.

Miley and Liam were married for 7 months but had been in an on-off relationship for almost 10 years.