Scarlett pulled out of the project last summer, following the criticism.

In an interview with As If magazine, the actress expressed that she felt it is her job as an actor to portray experiences she has not had.

“You know, as an actor I should be able to play any person, or any tree, or any animal, because that’s my job and the requirements of my job,” she told the mag.

“I feel like [political correctness is] a trend in my business and it needs to happen for various social reason.”

“There are times it does get uncomfortable when it affects the art because I feel art should be free of restrictions.” 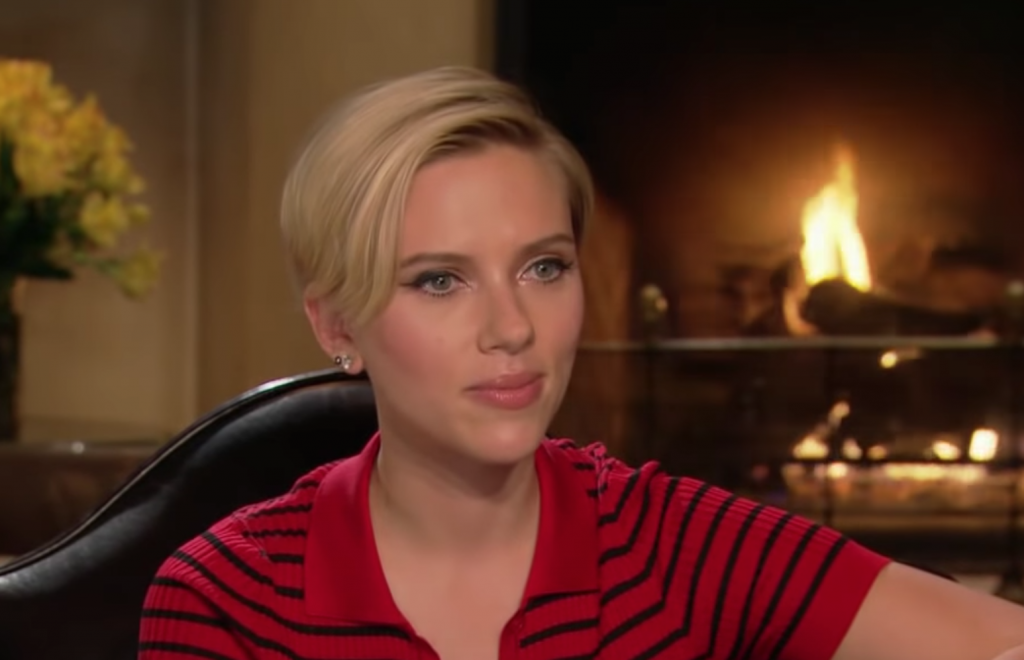 When Scarlett removed herself from the project last summer, she said:

“In light of recent ethical questions surrounding my casting as Dante Tex Gill, I have decided to respectfully withdraw my participation in the project.”

Scar-Jo previously received criticism for “white-washing,” after she played the lead in an adaptation of Japanese anime hit Ghost in the Shell.

On this week’s The Gosscast, Goss founder Ali Ryan and Editor Kendra Becker discuss this week’s biggest stories – plus go in depth about Love Island’s most recent drama.
The Gosscast is sponsored by top Irish fashion retailer CraveCloset.com.