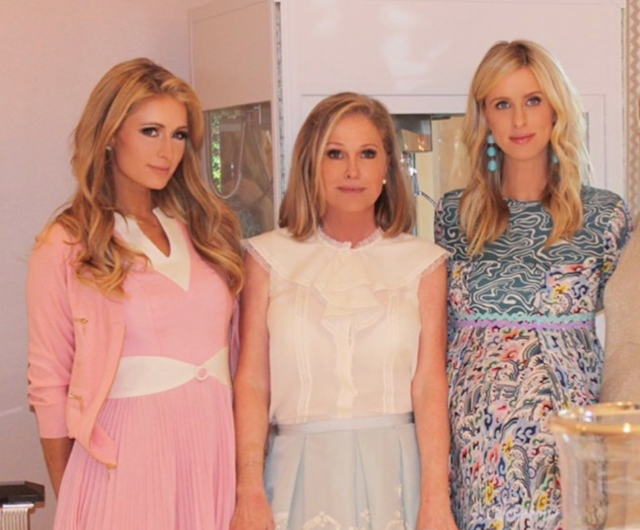 Paris Hilton had admitted she didn’t want her mother Kathy to join the cast of The Real Housewives of Beverly Hills.

On the latest episode of her This Is Paris podcast, the 40-year-old addressed Kathy Hilton’s “friend of” status on season 11 of RHOBH.

The 62-year-old will be joining her younger sister Kyle Richards on the show, who has been a cast member since 2010.

Paris said: “My mom, when we first found out about it, she was like, ‘No, I’m not doing it.’ She was just like, not telling us the truth basically.”

Speaking to her co-host Hunter March and guest Bethenny Frankel, who previously starred in the The Real Housewives of New York, Paris explained why her and her sister Nicky were worried about their mother going on the show.

“My sister and I, we just love our mom so much. We’re so close. And that show is just… there’s just a lot of drama,” she said.

“There’s a lot of unnecessary arguments, you know, drama is what gets ratings and what sells. So, we just don’t really want our mom being involved in that drama.”

The Simple Life star also claimed Kathy wouldn’t have signed up for the show if she wasn’t bored at home during the coronavirus pandemic.

“Nicky and I were talking about it like, if there was not a pandemic happening right now and she wasn’t so bored at home, there’s no way what she would’ve said yes to this,” Paris said.

Despite her concerns, the 40-year-old added: “I don’t think she’ll get involved in the drama—hopefully.”

Check out the trailer for the upcoming season of RHOBH, featuring Kathy Hilton, right here.