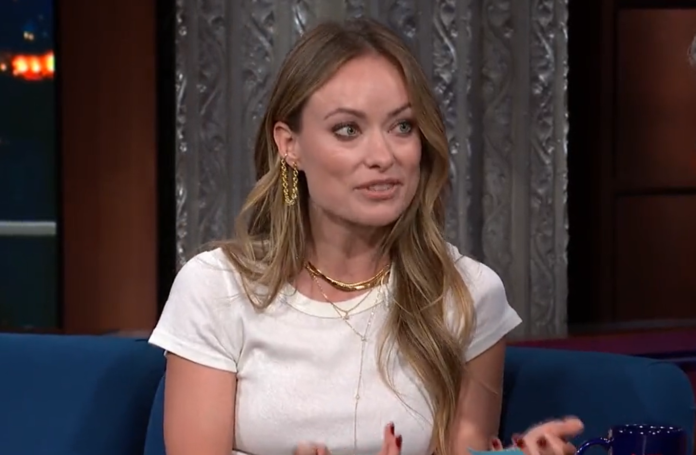 Olivia Wilde has addressed the viral video of her boyfriend Harry Styles “spitting on” Chris Pine.

The video was taken at the premiere of Don’t Worry Darling at the Venice Film Festival earlier this month, and appeared to show Harry “spitting on” his co-star Chris – who was seated next to him.

During an appearance on Wednesday’s The Late Night Show with Stephen Colbert, Olivia spoke about the “weird rumours” about the cast of the new psychological thriller.

someone needs to begin a full fledged investigation into what happened on that don’t worry darling set… wdym harry styles spitting on chris pine on NATIONAL TELEVISION? pic.twitter.com/jpow9JT8pk

The actress and director said: “Another one of our weird rumours, spit-gate, which you might have heard about, is I think…”

Stephen then asked: “Did Harry Styles spit on Chris Pine? Why or why not? Support your answer.”

Olivia laughed and replied: “No, he did not. But I think it’s a perfect example of, like, people will look for drama anywhere they can. Harry did not spit on Chris, in fact…”

The chat show host interrupted her again, saying: “Only time will tell,” to which Olivia replied: “No, he really didn’t!”

“People will look for drama anywhere they can. Harry did not spit on Chris, in fact.” — @oliviawilde on #spitgate

It comes after a rep for Chris Pine shut down claims he was “spat on” by the former One Direction star.

They told PEOPLE in a statement: “This is a ridiculous story – a complete fabrication and the result of an odd online illusion that is clearly deceiving and allows for foolish speculation.”

“Just to be clear, Harry Styles did not spit on Chris Pine. There is nothing but respect between these two men and any suggestion otherwise is a blatant attempt to create drama that simply does not exist.” 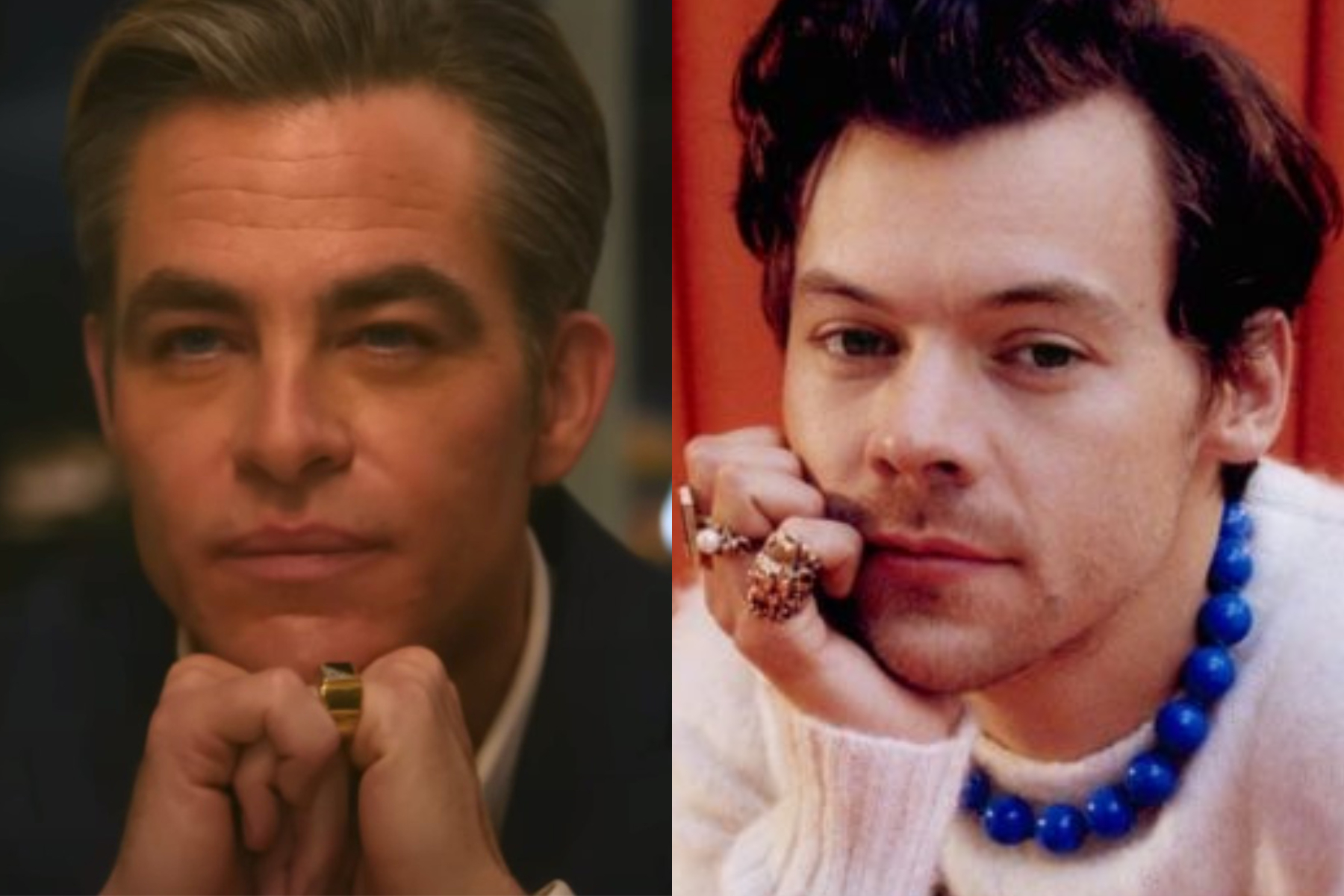 Olivia, 38, and Harry, 28, began dating while filming Don’t Worry Darling and they went public with their relationship in January 2021.

Olivia’s relationship with Harry came after her split from Jason Sudeikis, who she shares two children with – Otis Alexander and Daisy Josephine.