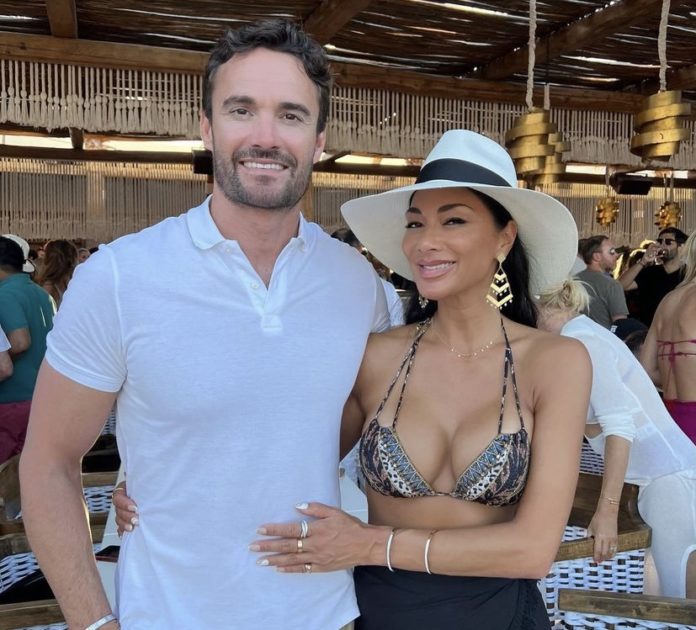 According to the MailOnline, Thom proposed to the Pussycat Dolls star during a romantic trip to Mykonos, Greece earlier this month.

A friend of the couple told the outlet: “They are getting married.”

Nicole and Thom met The X Factor: Celebrity in 2019, when she was a judge and he was a contestant.

Thom previously gushed over his relationship with the singer, telling The Sun: “People always say, ‘When you know, you know’ and I can honestly say I’d never really had that moment.”

“But within the first couple of days with Nicole it was just awesome and it has been awesome ever since.”

Prior to her relationship with Thom, Nicole dated Formula One champion Lewis Hamilton on-off for eight years.

According to MailOnline, Nicole and Thom will announce their engagement soon.