Lori Loughlin’s daughter Olivia Jade Giannulli has deleted a controversial photo of her ‘flipping off’ the press on Instagram.

The 19-year-old removed a photo of her giving the middle finger to the camera, just days after actress Felicity Huffman was sentenced to two weeks in jail in the college admissions scandal.

Olivia’s parents Lori and Mossimo Giannullo were among 50 parents charged in connection with the college admissions scheme – which allowed parents to pay sums of money to secure spots for their children at top-ranked schools.

Lori and Mossimo are accused of paying William “Rick” Singer $500,000 to help get their daughters Olivia and Isabella, 20, into the University of Southern California – but they have both pleaded not guilty to the charges against them.

Ever since Lori and Mossimo were arrested earlier this year, their family has attracted a lot of negative media attention.

As a result, both Olivia and Isabella, who have large followings on Instagram, stopped posting on social media for months.

But five weeks ago, Olivia responded to the press attention by posting a photo showing herself giving the camera two middle fingers. 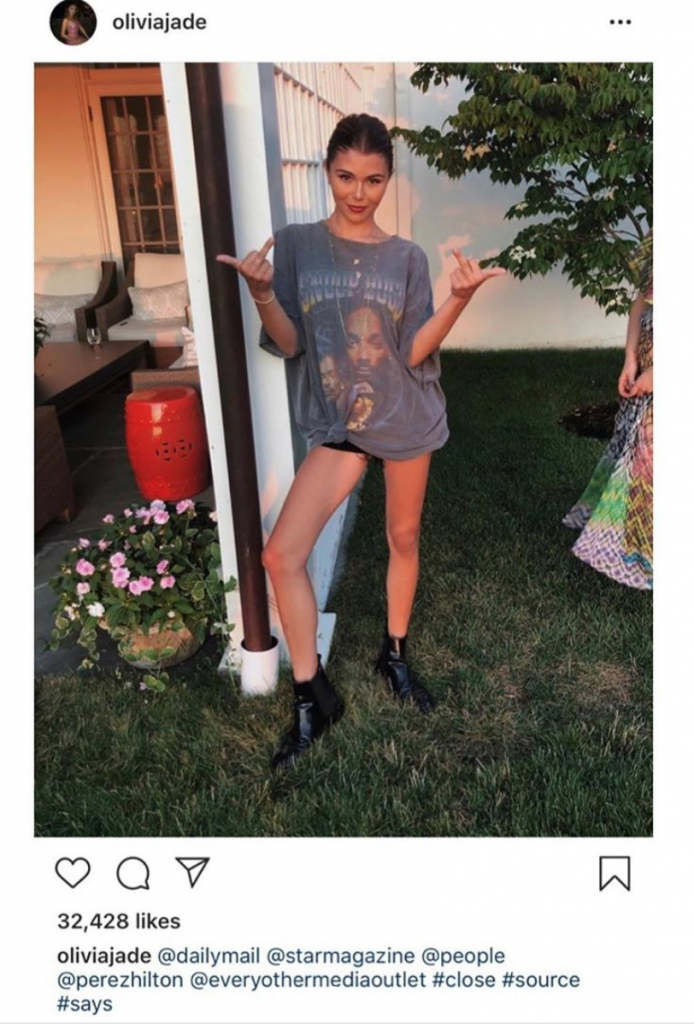 But just days after Felicity Huffman was sentenced to two weeks in jail in connection to the scandal, Olivia took the photo down.

The actress was sentenced to 14 days in prison, after admitting to paying $15,000 to have her daughter’s SAT score falsified.