Kourtney Kardashian touched down in Washington D.C. on Monday.

The reality star is reportedly in town to lobby members of congress in a bid to regulate and reform laws on cosmetics.

According to TMZ, the 37-year-old has been working with the Environmental Working Group in order to fight for change in the cosmetic industry.

The brunette is no stranger to cosmetics, as she recently launched a collaboration as part of her sister Kylie’s very successful makeup brand, Kylie Cosmetics. 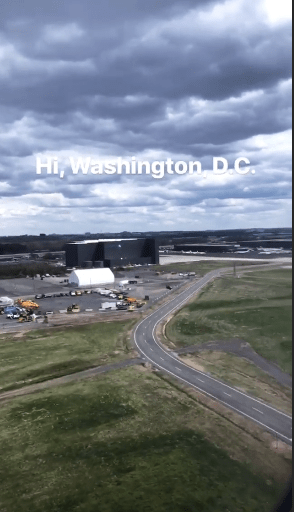 Kourtney’s trip to Washington is also being filmed for Keeping Up With the Kardashians.

Kourtney has been outspoken about her love for all things natural, including her cosmetics.

Speaking to Cricket’s Circle previously, she said, “I am slowly changing my beauty products over to safer choices. I make sure that our products for Kardashian Beauty are made of non-toxic ingredients — our list of banned substances is longer than the list at Whole Foods, which makes me feel really proud.”

She also said, “My friend Sarah sends me lists sometimes, she just sent me one recently with 15 dangerous ingredients, which I forwarded to everyone involved in Kardashian Beauty to make sure that none of the ingredients were in our products.”

The mom-of-three revealed that although these restrictions make it more difficult to produce, she stands by her natural and healthy standards.

Cosmetic regulations have been a rising issue around the world, as consumers are becoming more aware of the unhealthy ingredients in their products and the unethical practices used to create them.

Kourtney is allegedly going to be speaking to members of congress on Tuesday, April 24th, the same day her collaboration with Kylie Cosmetics is set to be released. 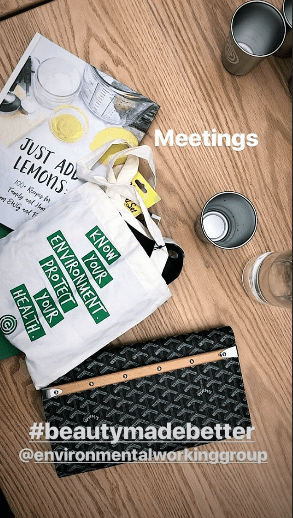