Kim Kardashian has shown her support for Tristan Thompson, after he signed a two-year deal with the Boston Celtics.

The NBA star played with the Cleveland Cavaliers for nine years, before signing a reported $19 million deal with the Boston-based team on Saturday.

The basketball player recently rekindled his romance with Khloe Kardashian, with Kim appearing to put her past issues with Tristan aside to offer her congratulations on his new career move. 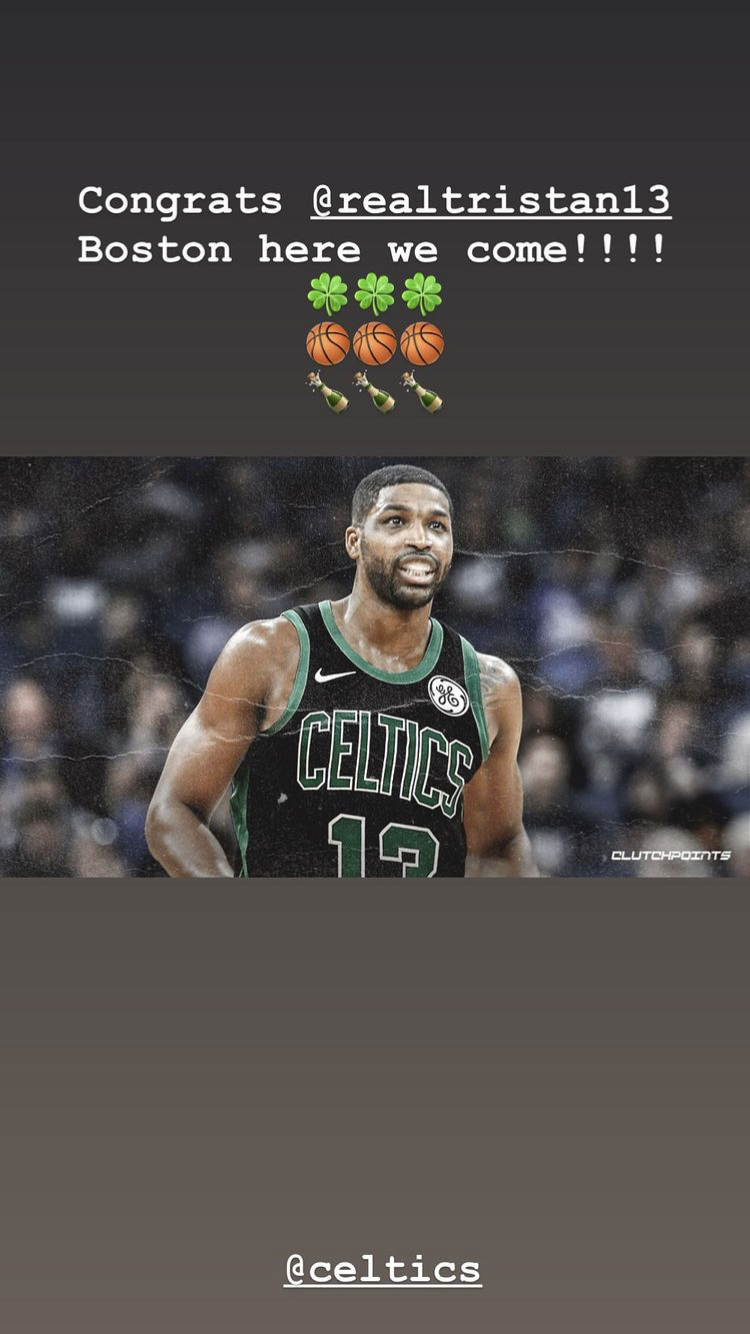 In the delivery room, Kim made her feelings for Tristan clear, as she avoided him before jokingly threatening to cut him behind his back.

Kim said at the time: “The vibe in the room is calm, I thought there would be way more tension. As much as I want to go off, I just don’t think it’s the time.

“So I’m gonna keep it cute, I don’t have to have a lot of interaction, I just have to be there for her.”

Khloe controversially decided to stand by Tristan, but less than one year later, he was caught kissing family friend Jordyn Woods at a house party in February 2019.

After Khloe dumped the basketball player for good, Kim unfollowed Tristan on Instagram.

After growing close during lockdown, Khloe decided to give her relationship with Tristan another chance, recently shutting down rumours they had split once again.