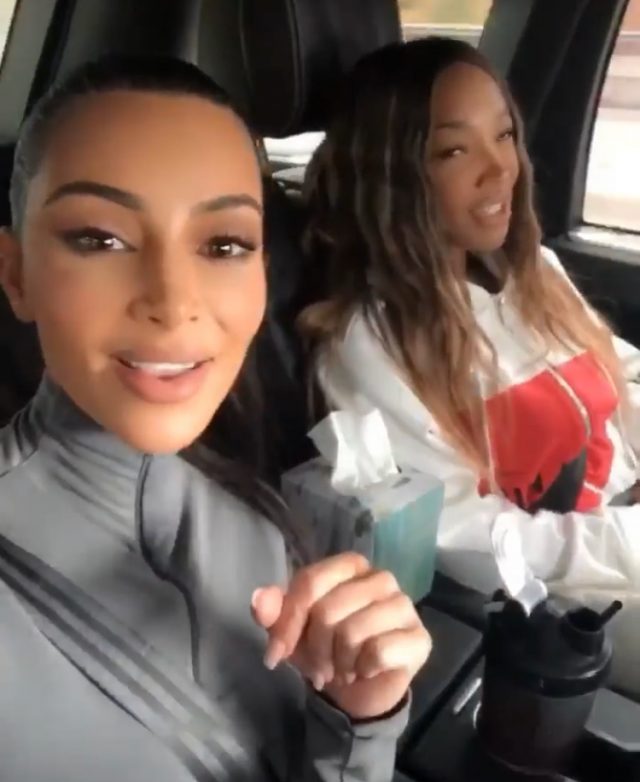 Kim Kardashian and Malika Haqq have thrown some serious shade at Jordyn Woods, following reports that she ‘hooked up’ with Tristan Thompson behind Khloe Kardashian’s back.

The reality star and Khloe’s BFF have rallied around her since the scandal first hit headlines on Tuesday, and now they’re whisking her off on a much needed girls trip.

Taking to Instagram, Kim shared a video of her and Malika sitting in the backseat of a car, while cheekily singing along to Nivea’s Don’t Mess With My Man.

Looking into the camera, Kim and Malika recited the lyrics, “Don’t mess with my man, I’ma be the one to break it to ya… Here’s a little advice for you, find your own man.”

It’s pretty clear that the pair were taking a pop at Jordyn, who Kim and Khloe have both unfollowed on Instagram.

Kim’s post comes after she furiously defended her heartbroken sister on Twitter, after a troll criticised her for attending a PrettyLittleThing event on Wednesday night – just one day after the ‘cheating’ scandal hit headlines.

Kim quipped, “Would you prefer she lose the 💰 too? A single mom has to work too boo! This was a professional commitment planned far in advance and you better believe she is not waiting on anyone to pay her bills or provide for her daughter. PERDIODT!!!”

While Khloe is being whisked off on a girls trip, Jordyn bizarrely addressed the scandal for the first time as she attended a work event on Thursday night.