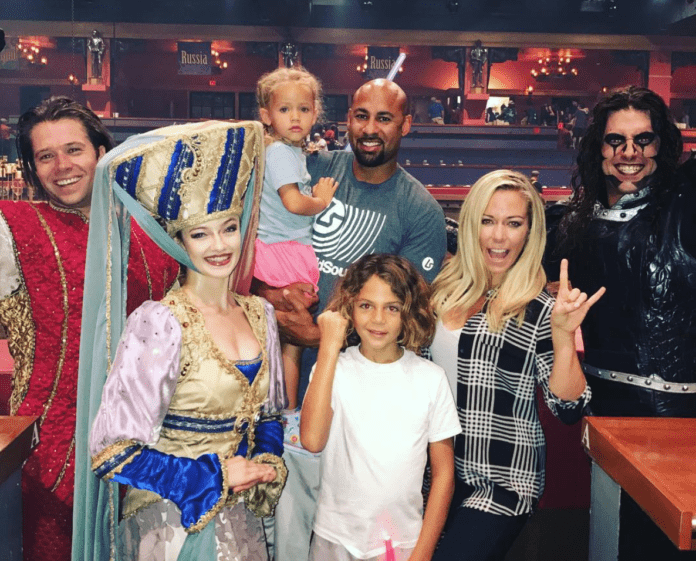 Entertainment Tonight has reported that the reality star and the former NFL pro have struggled to get their marriage back on track after Hank’s alleged cheating scandal.

A source said, “She’s very sad. She still loves him and has always been very supportive of him.”

“Kendra and Hank went to therapy after Hank’s [alleged cheating] scandal to try and work on their marriage, but in the end, his scandal always hung over them like a cloud.”

“Hank has never quite recovered from losing his football career. He never really found himself after that,” the source added.

Back in 2014, Hank was caught up in a scandal when transgender YouTube model Ava Sabrina London claimed that she had a brief tryst with Hank in an interview with The National Enquirer.

Although Ava claimed that they never engaged in sexual intercourse, she alleged, “Hank absolutely knew that I was a transsexual and he told me that I was the only transsexual he’s ever been with. He thought I was beautiful.”

A post shared by Kendra Wilkinson Baskett (@kendra_wilkinson_baskett) on Nov 6, 2016 at 3:15pm PST

According to Us Weekly, Kendra initially laughed off rumours of the affair, but after “snooping” around and discovering an unexplained charge on a credit card, she “flipped out.”

A source said at the time that Kendra was “extremely angry” and threw their 2009 wedding photos into the pool, “punched walls” in their Calabasas home, and even flushed her wedding ring down the toilet.

Hank and Kendra have two kids together, son Hank IV, and daughter Alija.

The news comes after Kendra posted some worrying snaps on her Instagram story over the weekend, and she wasn’t wearing her wedding ring.