Katy Perry has revealed details about how Orlando Bloom proposed to her.

The couple got engaged on Valentine’s Day when the actor presented her with a stunning $5 million engagement ring which she admitted she may have dropped hints about.

“I voiced my opinion,” she joked.

Katy appeared on Jimmy Kimmel Live and revealed details of how her fiancé popped the question: “It was Valentine’s Day. It was very sweet.”

“We went to dinner I thought we were going to go see some art, after dinner, but instead we pulled up to a helicopter. He asked me to marry him in a helicopter.”

She continued: “We did land and it was like James Bond, everybody had an ear piece and we were rushed over.”

The proposal was well planned out, as she revealed: “We landed on a rooftop and my whole family was there, and all my friends. He did so well.”

Then Jimmy joked and said: “Very Bachelor”, to which Katy replied: “Yeah! I’m just glad I don’t have to go on that show now.”

However, the singer admitted that the actor’s proposal didn’t go quite according to plan – he handed her a love note to read to distract her while he pulled the ring box out of his pocket.

Unfortunately, the ring got stuck in his pocket and then ripped his jacket to get it out, which lead to him hitting a bottle of champagne with his arm and smashing it. 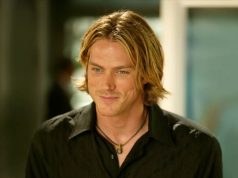 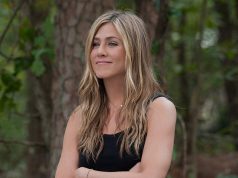