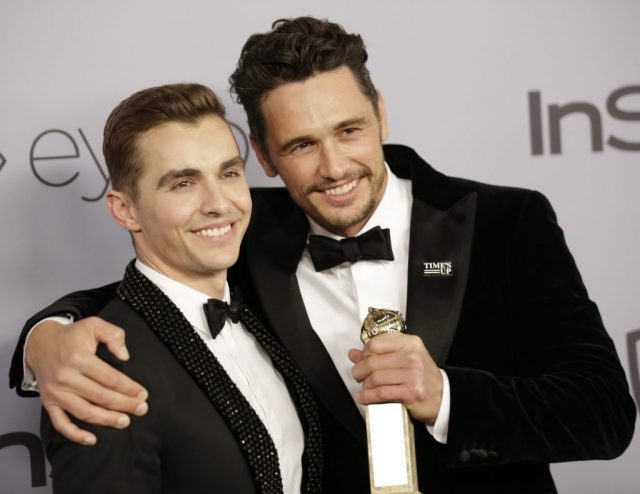 Over a week after he was accused of sexual misconduct by five women, James Franco has failed to land an Oscar nomination for his role in The Disaster Artist.

The news comes after James won the Golden Globe for best actor in a comedy movie for his portrayal of Tommy Wiseau.

However, soon after his win, several women took to Twitter to accuse the actor of sexual misconduct, and called him out for wearing a Time’s Up pin at the ceremony.

On January 11, the Los Angeles Times published a story in which five women detailed James’ sexually inappropriate and exploitive behaviour.

James also recently won a Critics’ Choice award, but he wasn’t present to accept the trophy.

Despite the accusations, it was speculated that James could still nab an Oscar nomination, but the actor was snubbed from the nominees list.