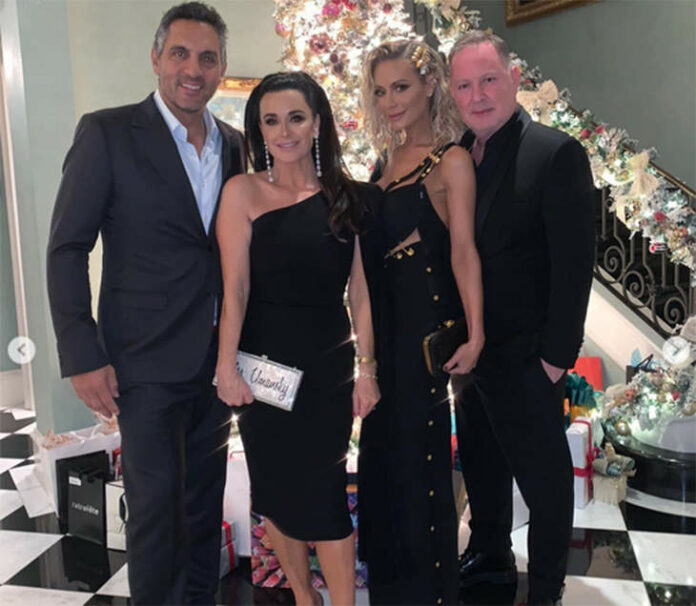 Dorit Kemsley has slammed a “gross” rumour she had an affair with Kyle Richards’ husband Mauricio Umansky.

The Real Housewives of Beverly Hills star was asked how she felt about the false speculation during her appearance on Watch What Happens Live With Andy Cohen.

The 46-year-old replied: “I mean, what do you think I feel? Honey, listen, when something is so ridiculous, you just kind of discount it.”

“It’s something that sticks a chord only because Mau, PK, Kyle and I, we’re friends together and it is such a nothing and to have someone start those vile rumors, it’s gross.”

The reality star, who has been married to Paul ‘PK’ Kemsley since 2015, said she didn’t want to give the speculation any airtime but said it was “annoying as F”.

The affair speculation stemmed from RHOBH alum Dana Wilkey last month, when she suggested Dorit had been involved in a secret romance with Mauricio, who’s been married to Kyle Richards since 1996.

At the time, Dorit commented on Dana’s Instagram post: “Is something wrong with you woman? Or are you just so miserable in your life you have nothing better to do? You’re definitely one of the thirstiest people I’ve ever seen, I guess it’s just as simple as that?”

“Kyle and Mau are our friends and my kids call them uncle and auntie. Do you think this is ok for my kids to see when it’s a disgusting lie?”

“If this is the only way you can make a buck then so be it but at least have some decency and stop trying to peddle false narratives especially when you know there is ZERO truth behind it and your whole motive is to just hurt people for no reason.”