Chrishell Stause’s split from Keo Motsepe has turned nasty, as she’s accused him of “playing the victim”.

The couple’s split hit headlines in the U.S. on Friday, just three months after they started dating.

PEOPLE magazine confirmed their breakup, and quoted a source close to the dancer, who said: “Keo is heartbroken. He enjoyed his time with Chrishell and was 100 percent in it.” 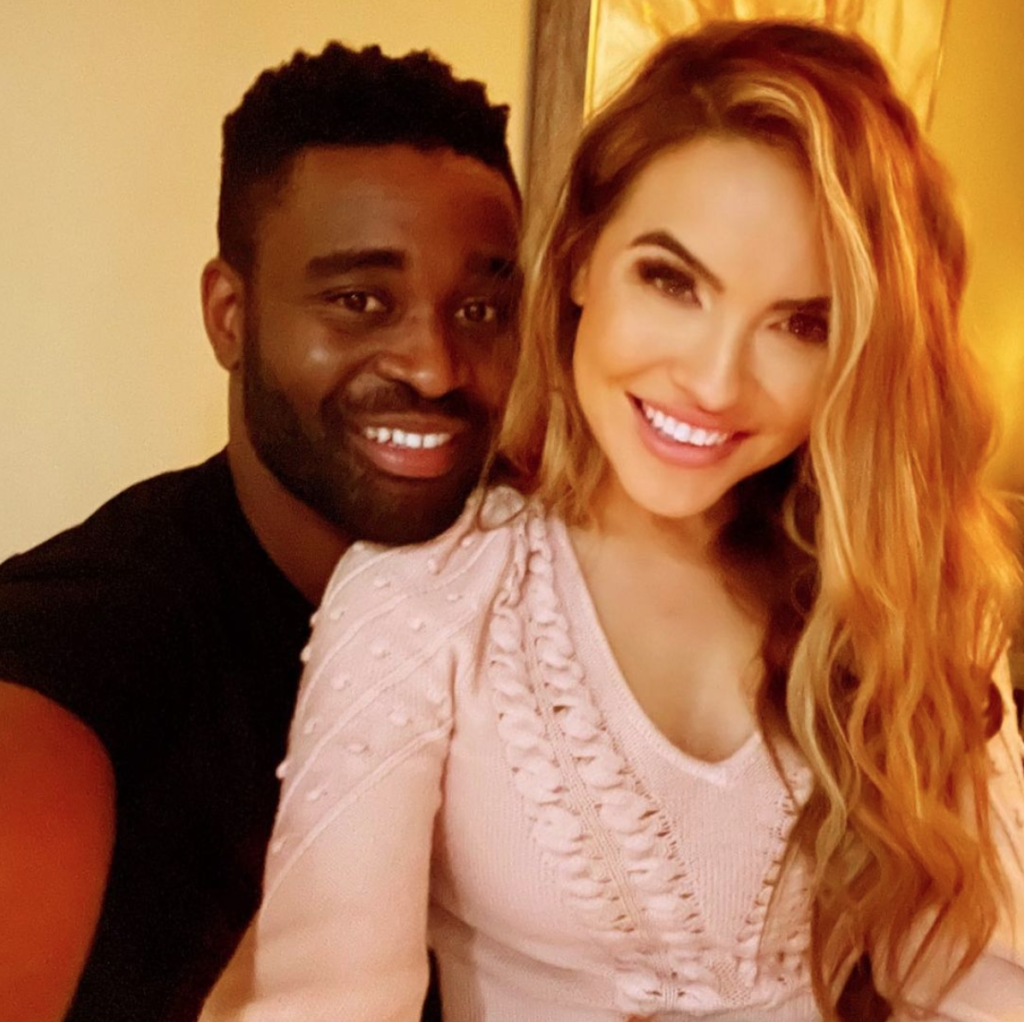 “He’s had a tough time with his mom’s passing, but he really wanted to make his relationship with Chrishell last,” the source added.

In a dramatic turn of events, Chrishell shared a screenshot of the source quote on her Instagram Story, and took aim at her ex-boyfriend.

The Selling Sunset star wrote: “Ok I TRULY wanted to keep this drama free, but playing the victim and bringing your mom into it is a step too far for me. Taking the high road is overrated sometimes!!”

“I was also 100% in it as well, until revelations told to me recently have made me question if you could even order a coffee without lying,” she alleged. 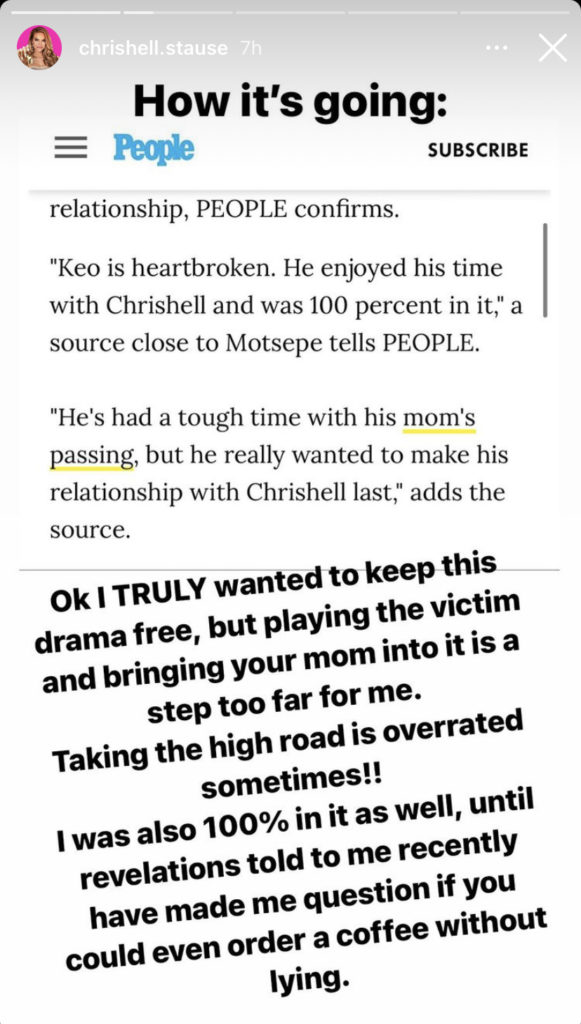 A fan then replied to Chrishell’s story, warning her: “I know ur upset but this isn’t from his own mouth who knows who this person is and if this is an accurate representation of his feelings.”

The real-estate agent shared a screenshot of their message, and wrote: “I gathered all the facts before I posted. Don’t worry. I know exactly where it came from.” 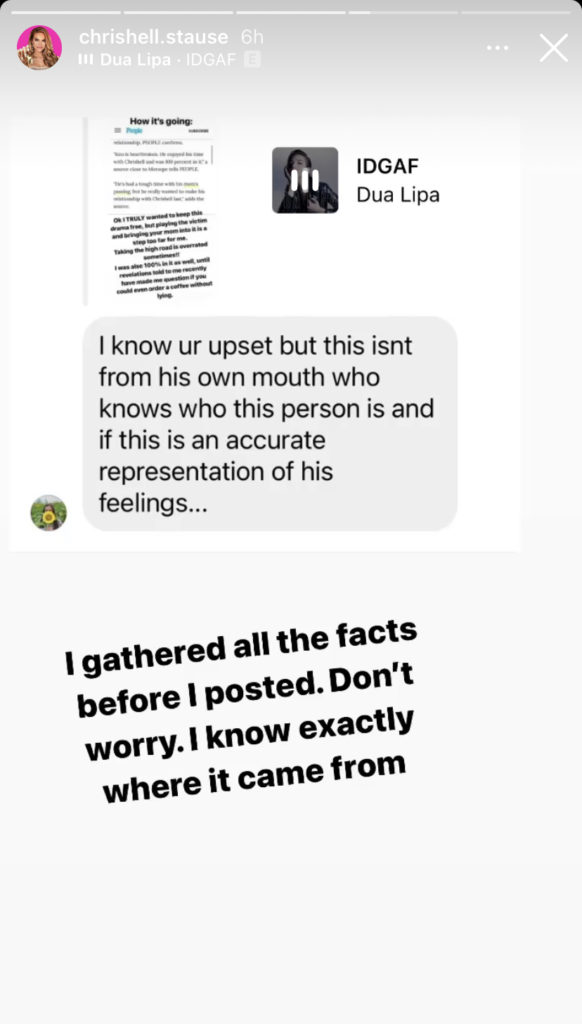 Another fan then replied: “I think you’re too mature for all this. It’s best to ignore it, this kind of comes off childish.”

Sharing a screengrab of their comment, Chrishell responded: “Yes I am aware. If I end up alone with cats – it was worth it. But I am also human and not a robot.”

“When you are the ass in the breakup & then the other person tries to let you save face and take the high road publicly… probably best not to poke a bear holding receipts. I will try to be a better person tomorrow. Today wasn’t the day.” 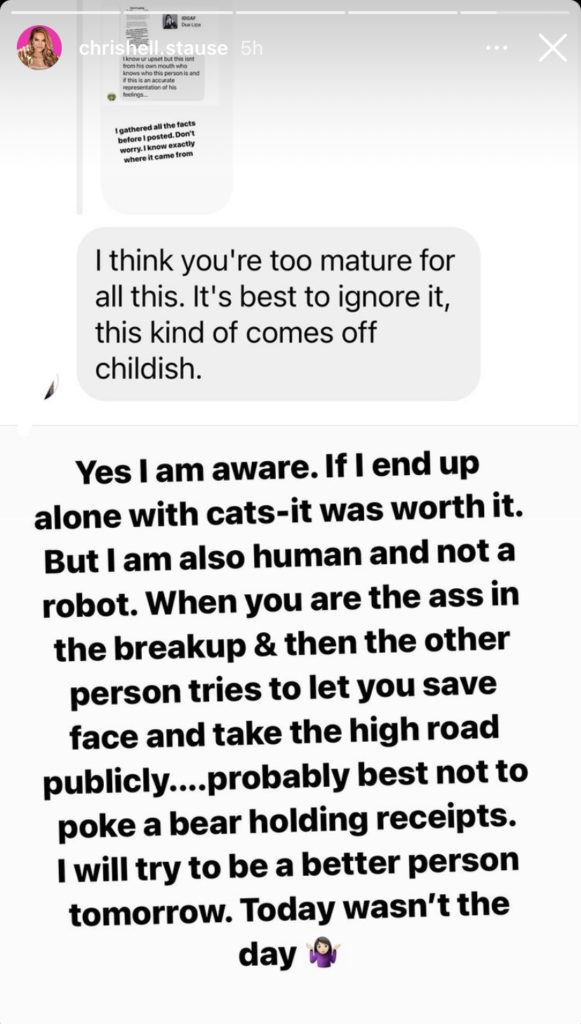 The news comes just days after the reality star finalised her divorce from This Is Us actor Justin Hartley, over one year after their dramatic split.

Goss.ie has contacted Keo Motsepe’s rep for a comment.