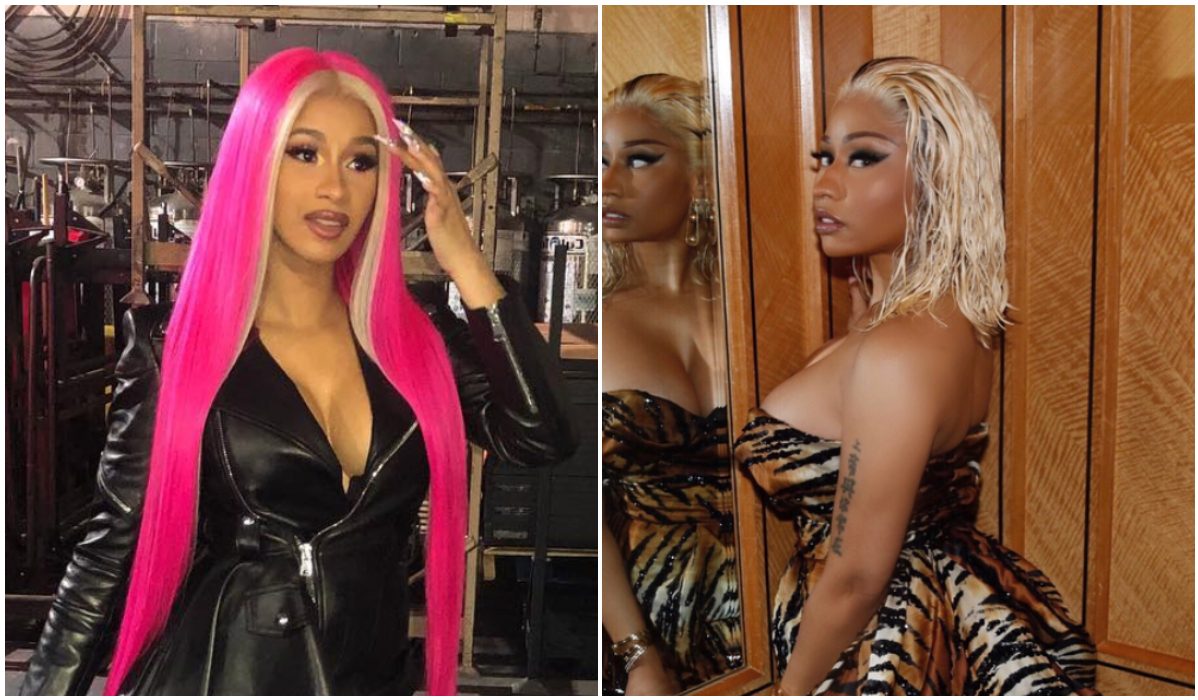 While she didn’t refer to Nicki by name, Hennessy explained why she was “beefing” with Nicki’s fans, who she refers to as her ‘Barbz’.

Hennessy has claimed that Nicki leaked Cardi’s phone number to her fan pages, which led to overzealous fans sending threats to Cardi.

Sharing screenshots from Cardi’s phone showing dozens of vile text messages threatening her and her baby daughter Kulture, Hennessy explained, “Ya asking why I’m beefing with a fan base but ya not asking why someone with so much influence would use their influence to manipulate their fans to spread so much negativity and hate!”

“She leaked my sister’s number to her fan pages the same shit she did to Mariah Lynn. It’s easy for y’all to ask me why I’m bothered, why I care so much.

The news comes after Cardi recently admitted that she had taken a step back from posting on social media, after she started receiving threats involving her and her daughter.