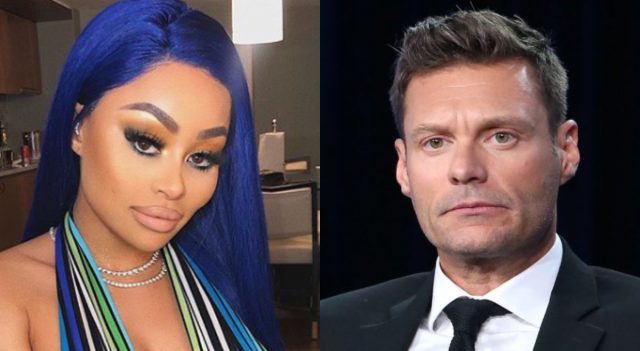 Blac Chyna has reportedly ‘demanded’ to see Ryan Seacrest’s emails to the Kardashian/Jenner family, amid their ongoing legal battle.

The 30-year-old filed a lawsuit against her ex-fiancé Rob Kardashian and his family, for allegedly damaging her career after their TV series Rob & Chyna was cancelled.

According to court documents obtained by The Blast, the mother-of-two allegedly accused Ryan of refusing to sit for a deposition as part of the legal row, despite being an executive producer for the show.

Chyna reportedly believes the TV presenter has knowledge that could help build her case against the KarJenner family.

It’s believed the former makeup artist wants Ryan to be sanctioned, and ordered to be deposed as soon as possible.

The reality star has also requested to see all of the communications between Ryan, Kim Kardashian, Khloe Kardashian, and Kylie Jenner about ‘Rob & Chyna’.

She’s also requested all documents relating to the show’s renewal, including records of meetings between Ryan and the KarJenner family, and information about the origins of Kylie Jenner’s docu-series, ‘Life of Kylie’.