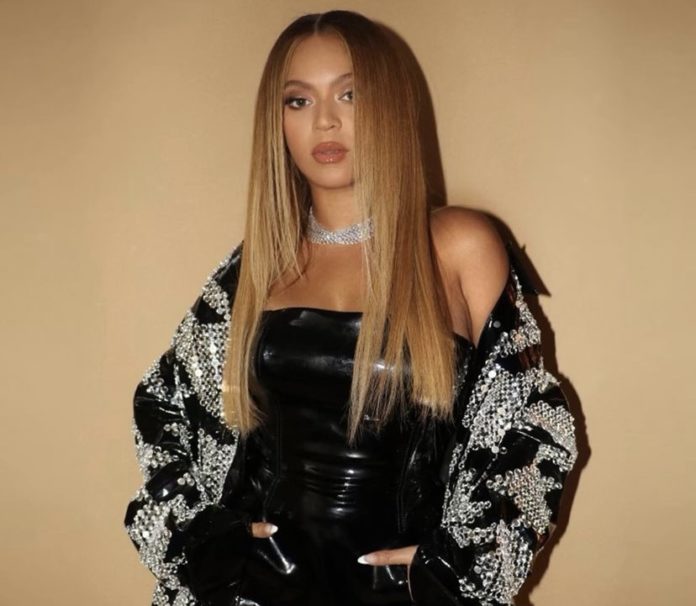 The 16-track album is part of a trilogy the singer recorded during the coronavirus pandemic.

In a statement on her website, the 40-year-old wrote: “This three act project was recorded over three years during the pandemic. A time to be still, but also a time I found to be the most creative.”

“Creating this album allowed me a place to dream and to find escape during a scary time for the world. It allowed me to feel free and adventurous in a time when little else was moving.”

“My intention was to create a safe place, a place without judgment. A place to be free of perfectionism and overthinking.

“A place to scream, release, feel freedom. It was a beautiful journey of exploration.”

Queen Bey continued: “I want to give a special thank you to Rumi, Sir, and Blue for allowing me this space, creativity, and inspiration.”

“And a special thanks to my beautiful husband and muse who held me down during those late nights in the studio.”

“Thank you to all of the pioneers who originate culture, all of the fallen angels whose contributions have gone unrecognised for far too long. This is a celebration for you.”

“Mama, I luhhhh you. To my father…my first teacher you inspire me in every move that I make. I love you.”

“To all my fans: I hope it inspires you to release the wiggle. Ha! And to feel as unique, strong, and sexy as you are,” she added.

Aside from her visual album Black Is King, this is Beyoncé’s first album release in six years, following her critically-acclaimed record Lemonade in 2016.

Tracks on her new album include Break My Soul, I’m That Girl, Cozy, Alien Superstar, Cuff It, Energy, Church Girl, Plastic Off The Sofa, Virgo’s Groove, Move, Heated, Thique, All Up In Your Mind, America Has A Problem, Pure/Honey, and Summer Renaissance.

You can listen to RENAISSANCE on Spotify here.