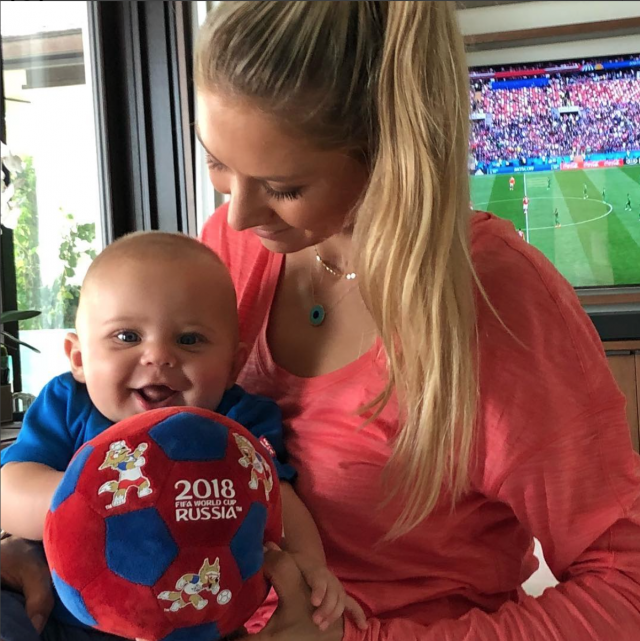 Anna Kournikovia and Enrique Iglesias have come out to support their home teams for the 2018 World Cup.

Kournikovia is Russian while Iglesias’ is Spanish and coincidentally enough, Spain played Russia yesterday in the tournament.

The couple showed their support for their respective countries, and so did their twin boys.

Kournikovia shared adorable pictures of their two sons in the jerseys of each country.

Kournikovia got the last word after Russia ended up beating Spain in penalty kicks, sending the home-team to the quarter-finals.

Surprisingly enough, the tennis star and pop-sensation are not the only two celebs to show support for their own countries.

A number of other celebrities are pouring out words of encouragement for their home teams, such as Eva Longoria, Alessandra Ambrosio, and Gisele Bundchen.