The best Christmas movies to watch on Disney+ 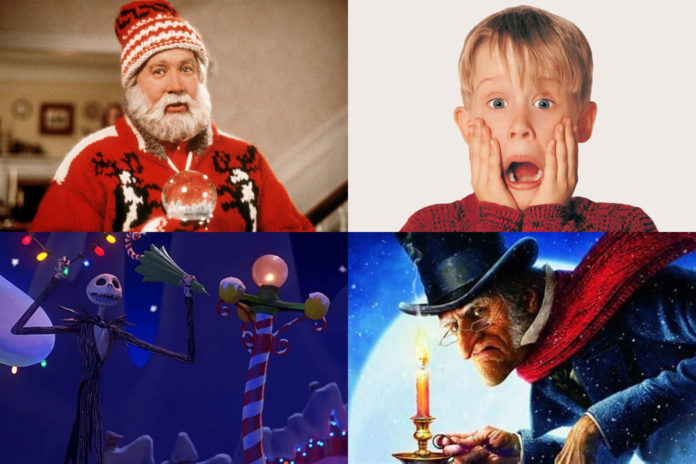 Disney+ is home to some of our all-time favourite Christmas movies.

We have rounded up our top picks of festive films to watch on the streaming giant in the coming days.

Is it really Christmas if you don’t watch Home Alone?

In this Christmas classic, 8-year-old Kevin (played by Macaulay Culkin) accidentally gets left behind when his family head away for a Christmas holiday.

Instead of relaxing at home while his family are away, he must defend the house from some cunning buglers.

Disney+ has all the Home Alone movies available to watch, so make sure to binge them all this festive season!

In this family favourite film, Tim Allen plays a father who’s shocked when he suddenly begins transforming into Santa Clause.

He must take on the duties just in time for Christmas, while also trying to stay on his family’s good side.

All three of the Santa Clause films are available on Disney+.

Ebenezer Scrooge, a spiteful and miserly man, encounters three spirits on Christmas Eve, who show him the folly of his ways and prompt him to become a better man.

Jim Carey and Colin Firth star is Disney’s take on this Christmas classic.

The Muppets have also told the story of Ebenezer Scrooge in this 1992 film.

Our favourite puppets Kermit the Frog, Miss Piggy, and some more of their friends star in this flick.

She plays Kris Kingle’s daughter Noelle, who must find her brother Nick after he flees, unable to deal with the pressure of inheriting the family business.

The responsibility lies with Noelle to save Christmas.

A traditionalist and uptight businesswoman goes with her boyfriend to his quirky and outgoing family’s yearly Christmas bash and realises that she is terribly out of place in such an environment.

I’ll Be Home for Christmas

After making a promise to bring his girlfriend home to his family for Christmas, Jack finds himself forced to break that promise after a practical joke.

Stranded in the desert in the middle of no where, wearing a Santa suit, he must find a way to make it home for Christmas.

The Nutcracker and the Four Realms

Before she died, Clara’s mother left her a world of magic full of fairies and live little soldiers. However, their fate is in danger and it’s Clara’s job to save them.

Frozen is a must-watch film in the winter months.

Elsa is due to become Queen but she has a secret – she can create ice with her hands. She flees in fear after accidentally sending her kingdom into an ice age and her sister Anna sets out to find her.

This story of sisterly love and overcoming your differences is the perfect family movie this Christmas.

The Nightmare Before Christmas

Jack Skellington, a being from Halloween Town, finds Christmas Town and is instantly enchanted.

The situation becomes riveting when his obsession with Christmas leads him to abduct Santa Claus.

A young teenager is sent to New York to spend Christmas with his family.

When he arrives the teen sets out to discover things about his identity that he’s never known.

He sets out on a journey of personal growth as he navigates his new life in the city.