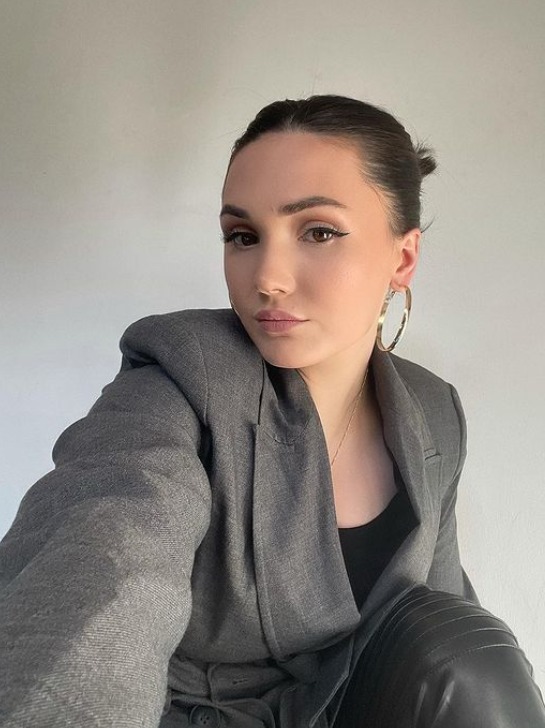 For this week’s Spotlight On feature, we spoke to singer-songwriter Lauren Frawley.

The musician, who goes by the stage name Frawley, has over half a million monthly Spotify listeners.

The ‘No One Can Fix Me’ singer, who is from New Jersey, has worked with some big names in the music industry – including Tate McCrae, Dixie D’Amelio and John Legend.

In her exclusive interview with Goss.ie, Frawley spoke about her inspirations, her Irish roots, and her career to date. 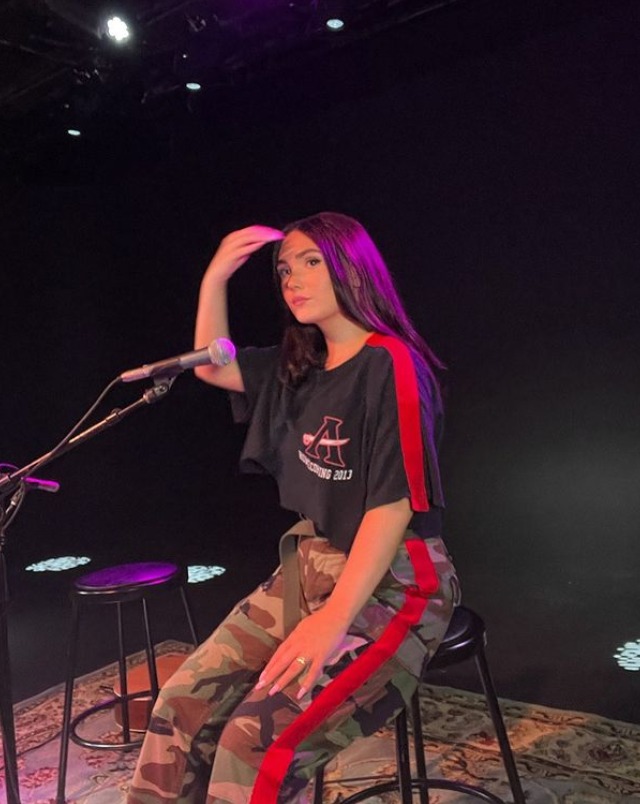 When did you decide singing was something you wanted to pursue?

I started singing the summer going into kindergarten at around 5 years old. It wasn’t that I had an aha moment and decided singing was something I wanted to pursue, rather I never thought anything other than singing was an option. It just never occurred to me.

How would you describe your music?

My sound is constantly changing so it’s hard to define. What I can tell you is that when you listen to a Frawley song, it is honest, and real, and personal to me

What has been the most surreal moment in your career so far?

It was very recent and happened while I was playing a show in Brooklyn (my first live show actually). I was opening for a band that night and right in front row, there were a group of girls singing my songs right back to me – they knew all the words! The highlight of 2021.

You’ve co-written songs for big names such as Dixie D’Amelio and Tate McRae – what were those experiences like?

Both experiences were very different, but equally exciting. I was in a room in New York with a group of friends – writers, and producers, and the artist.  We ended up with Tate’s hit Stupid.  With Dixie, we were in LA, the room was a little busier.

I was working with some creatives I collaborate with often, and some I just met that day. Everything flowed, and we ended up writing a few Dixie songs.

You’ve worked with John Legend, what’s he like to work with?

It’s exciting, but scary.  As a writer, being in the same room with John Legend is as good as it gets, right? At the same time, you feel the pressure to hold your own – it’s a little intimidating.

John was everything one would expect. Wonderful, a true superstar, and consummate professional.  Perk – as I was leaving the session, John handed me a bottle of wine from his LVE Collection.

What is your favourite song you’ve written so far and why?

It depends on my mood. If I’m feeling strong, and confident its “Hard Boy” for sure, but I also have an unreleased song called ‘Occupy’ that is very honest, and raw.  It’s not about love, it’s about feeling broken.

Tell us a little bit about your Irish roots. Do you get to spend much time here?

My dad is from Ballymahon, Co. Longford. My maternal grandfather’s roots are in Mohill in Leitrim, and my stepfather is from Co. Offaly.

I have great memories of visiting my family back in Ireland. Long summer days hanging out with cousins up by the grand canal, taking the train to Dublin or Galway, going down to my grandfathers farm. Ireland is magical – it’s hauntingly beautiful, and the people are so warm. It’s home to me.

Who would be your dream person to collaborate with?

I’d love to collaborate with David Gray one day. I grew up listening to his music. His writing is incredible and one of my main inspirations.

What advice would you give to an aspiring singer/songwriter?

My number one advice would be to stay true to yourself. The more authentic you are, the better the music.

What are you working on at the moment? Have you anything exciting coming up?

Right now I am getting music ready for top of 2022.  I’m very excited about these new songs and the overall growth in my music over the last 2 years. I’m looking forward to everyone getting a chance to hear it.

What are your biggest goals you hope to accomplish in the next five years?

I’d love to see myself have gone on tour, release an EP and attend the Grammys. The goal is to keep writing and releasing music as often as I can.