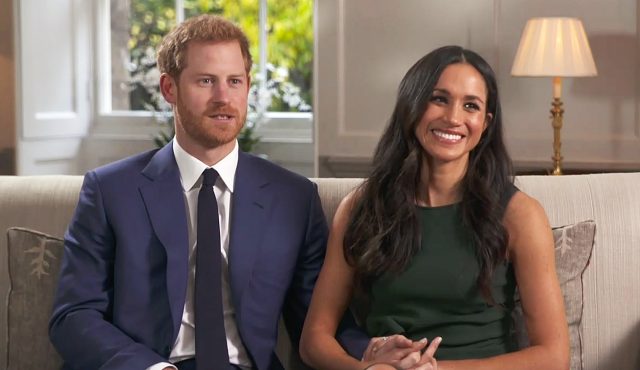 Prince Harry and actress Meghan Markle have given their first official interview as an engaged couple.

The pair, who have only been dating just over a year, have given their first interview together.

Prince Harry looked very loved up as he revealed how he fell in love with the Suits actress.

The British Royal said he had actually never seen the star in her hit U.S. series, and Meghan claimed she did not know much about the Prince.

Speaking about leaving Suits, Meghan confirmed she will be giving up her acting career, but said she saw her marriage as a “new challenge”.

The couple divulged that they saw each other in secret before revealing the relationship to both of their families.

Meghan is now set to move in with the Prince in Kensington Palace.