The Dublin boxer was crowned world champion at the Principality Stadium in Cardiff, Wales, and while all eyes were on Katie, it was hard to ignore this serious PDA session.

Colin Farrell packed on the PDA with his mystery girlfriend at a boxing match tonight in Wales! https://t.co/x8ozd84LZ6

The pair were spotted kissing and caressing as they laughed and smiled during the boxing match.

The Mail Online published pictures of the couple, with the mystery brunette looking lovingly into the True Detective actor’s eyes.

Before his PDA session, Colin was pictured meeting Dublin boxer Katie ahead of her huge win.

WATCH: Colin Farrell is in Cardiff to support his compatriot Katie Taylor! 🥊🇮🇪 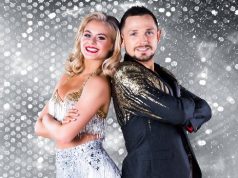 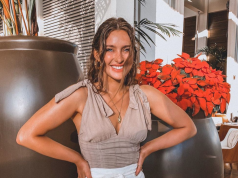