Taylor Swift has revealed that her mother Andrea Swift has been diagnosed with a brain tumour.

Back in 2015 the 30-year-old superstar told fans that her mother was undergoing treatment for breast cancer.

In 2019, she opened up once again and said that her mother had relapsed and was undergoing treatment.

In an interview with Variety, Taylor revealed more tragic news as she described how doctors discovered a tumour on her mother’s brain.

“While [my mom] was going through treatment [for breast cancer], they found a brain tumour,” she said.

“And the symptoms of what a person goes through when they have a brain tumour is nothing like what we’ve ever been through with her cancer before. So it’s just been a really hard time for us as a family.”

“Everyone loves their mom, everyone’s got an important mom,” she told the publication.

“But for me, she’s really the guiding force. Almost every decision I make, I talk to her about it first. So obviously it was a really big deal to every speak about her illness.”

Taylor’s mother regularly joined her daughter on her hectic and full-on concert tours. 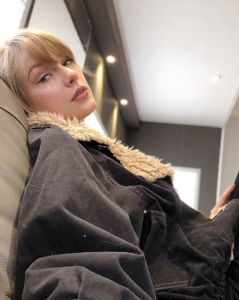 The 62-year-old’s illness is the main reason that the popstar limited her upcoming Lover tour to just 4 U.S shows, admitting she doesn’t know what 2020 has in store for her family.

“I mean, we don’t know what is going to happen,” she explained.

“We don’t know what treatment we’re going to choose. It just was the decision to make at the time, for right now, for what’s going on.”