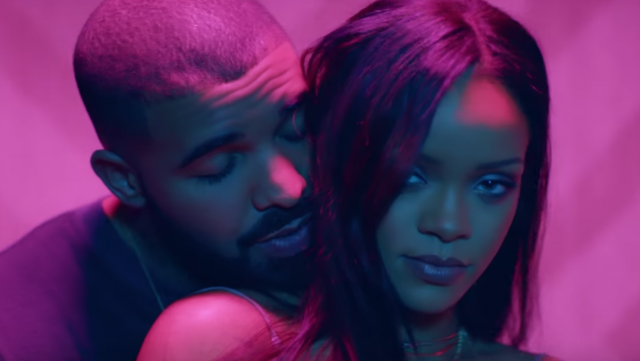 Rihanna has sparked rumours that she’s settled her feud with Drake, after she was spotted at his birthday party on Monday night.

According to E! News, the rapper and a group of his close friends partied at Poppy nightclub in LA – and his ex Rihanna was there too.

A source said: “Rihanna made an appearance and stayed for several hours. She was with two girlfriends and was escorted to Drake’s table by security.”

“Her and Drake were talking for a while and were smiling and laughing. It seemed like a very pleasant interaction and they looked like they were having fun together as friends.”

“Rihanna was dancing to the music and bobbing her head and seemed to be in a good mood. The whole vibe was very chill,” the source continued.

“Drake had a huge smile on his face and looked excited to see Rihanna when she arrived.”

Rihanna and Drake’s relationship has been complicated, ever since they famously dated a few years ago.

The songstress decided to distance herself from the rapper in 2016, after he confessed his love for her during an awkward speech at the MTV VMAs.

In the speech, Drake said: “She’s someone I’ve been in love with since I was 22-years-old. She’s one of my best friends in the world. All my adult life, I’ve looked up to her, even though she’s younger than me. She’s a living, breathing legend in our industry.”

Addressing their relationship in an interview with Vogue in 2018, Rihanna said: “We don’t have a friendship now, but we’re not enemies either. It is what it is.”