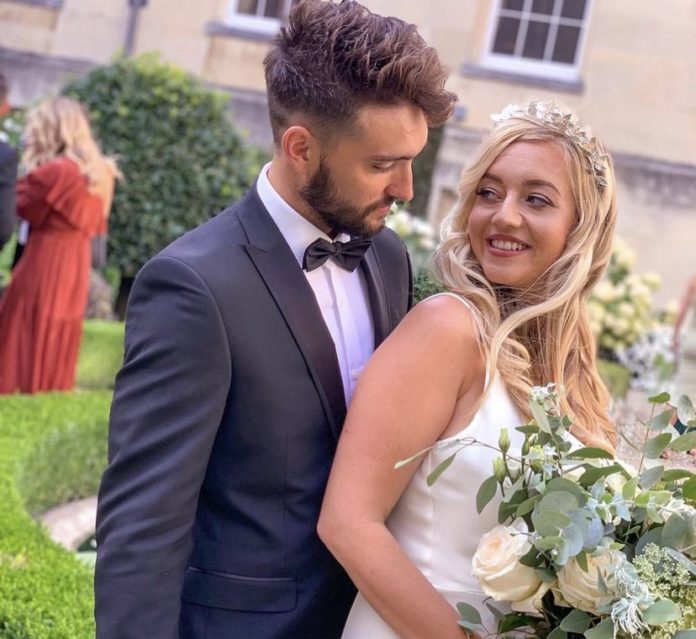 Tom Parker’s wife Kelsey has helped deliver a friend’s baby, whose named after the late singer.

The Wanted star sadly passed away on March 30 at the age of 33, after being diagnosed with a terminal brain tumour in 2020.

Taking to Instagram, Kelsey shared a video of her friend Rosie as she prepared to give birth to her newborn son, which she helped bring into the world.

Alongside the video, Kelsey revealed that Rosie had named her newborn son Tommy, in a touching tribute to her late husband.

The mother-of-two captioned the post: “💙Tommy Ronnie Blake 💙 💛Welcome to the world💛.”

“What an incredible week! Tommy’s Mummy is our friend Rosie and I was so honoured to be part of this experience bringing Tommy into the world. Rosie entered our lives as no more than a personal trainer but in her we all found a best friend.”

“When Tom was diagnosed, Rosie became Tom’s 3rd wife (come on @iamkelseyann has always been the 2nd wife!!) Rosie came and trained Tom but did so much more. She looked after his diet, exercise and daily needs. The most positive person I know she kept the strength & light until the very end with her Tommy P.” Kelsey continued: “Tom and Rosie’s relationship was hilarious to watch – they would argue and go head to head but they always had their best intentions at heart.”

“When Rosie asked me to be her birthing partner there was no doubt in my mind. I’m so proud of Rosie she was incredible and so strong.”

“She welcomed baby Tommy Blake, 8 weeks to the day of Tom passing and on a Wednesday. I know Tom was a huge part of this.”

“I helped Tom pass over and I helped baby Tommy enter this world. Feel so overwhelmed but so proud. Tommy Ronnie Blake do you know how loved you are little one 💙.”