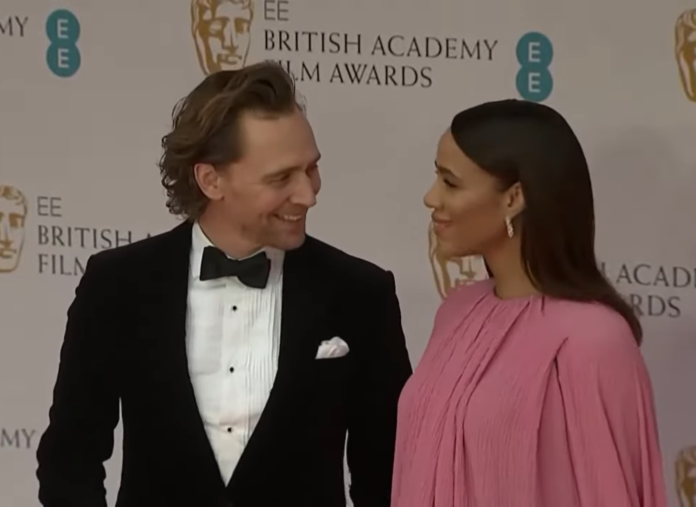 Tom Hiddleston and his fiancÃ©e Zawe Ashton are expecting their first child together.

Zawe debuted her growing baby bump at a special screening of Mr. Malcolm’s ListÂ in New York City on Wednesday.

The actress, 37, stepped out in a beige bead-embellished tulle gown by Sabina Bilenko Couture for the occasion, with Vogue confirming her pregnancy.

Tom and Zawe met on the set of the 2019 playÂ Betrayal, which premiered in Londonâ€™s West End before they brought it to Broadway.

In September 2021, the actors were spotted packing on the PDA while going for a swim in Ibiza, Spain.

Later that month, they walked theirÂ first red carpet together at the Tony Awards.

The couple sparked engagement rumours at the 2022 BAFTAs back in March, after Zawe was spotted with a diamond ring on that finger.