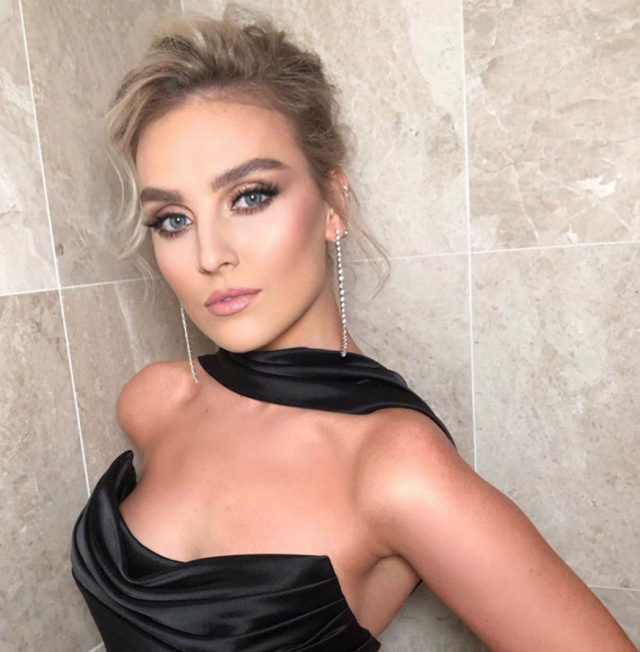 Perrie Edwards has opened up about her experience with anxiety and panic attacks.

The 26-year-old spoke out about the importance of talking about our mental health, as she wants to help break the “stigma” surrounding it.

Speaking on FM104, the Little Mix star admitted she was initially afraid to discuss her struggles with anyone else.

“It was like the monster in the room,” she said. “I was so scared to even flag it to anyone at first as it was just really mentally draining and scary.”

“Definitley talking about it was one of my main things that helped me the most” Join us this Friday as we host #MindYourNoggin Day in aid of @jigsaw_ymh, Ireland’s leading Youth Mental Health charity. Catch the full interview with @perrieedwards where she talks about her struggles with mental health and how you can help ❤️ ❤️ Donations can be made here: https://www.fm104.ie/donate #charity #mentalhealth #mentalhealthawareness #ireland

“Nobody in my family had ever gone through it before so I thought it was happening to me for the first time ever – I thought I was the first person ever experiencing panic attacks.”

Perrie explained that her anxiety developed due to her involvement in the music business.

“I think it kind of comes with the industry,” she explained. “A lot of it has affected me mentally.”

She also described how opening up to people made her feel so much better.

“The more you talk about it, the better it makes you feel,” she continued.

“Definitely talking about it was one of the main things that helped me the most.”

The interview was in aid of FM104’s fundraising campaign ‘Mind Your Noggin’, in association with youth mental health charity, JIGSAW.