The 24-year-old split from Mary Bedford shortly after they left the Love Island villa together this summer.

In photos published by The Sun, the footballer was spotted looking cosy with fellow reality star Amy while filming for Racing TV’s #Raceday show. 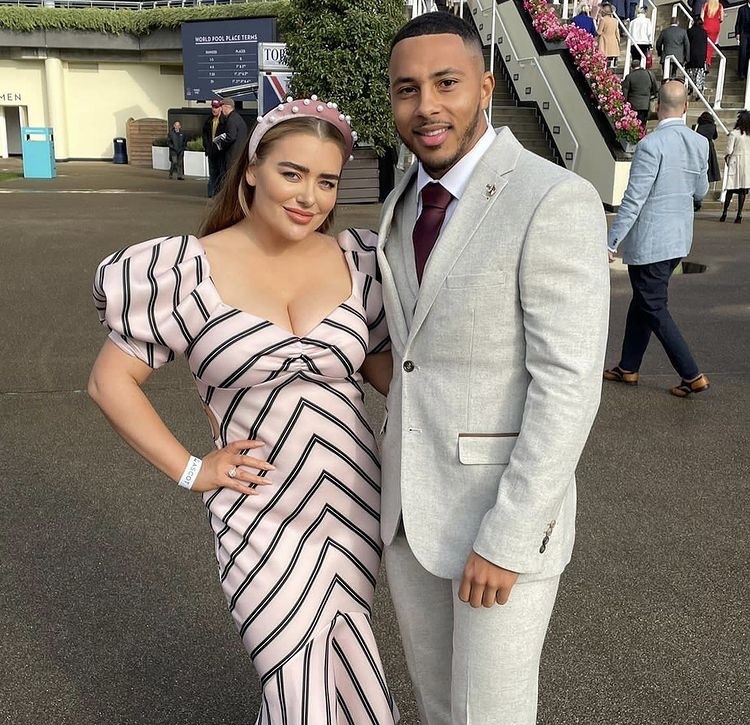 An onlooker at Ascot Racecourse told the publication: “Amy and Aaron looked very close as they spent time together in between filming.”

“They actually looked like they were a couple. They were giggling together non-stop and acting really flirty.”

The TV personalities are believed to have struck up a friendship after meeting through their agent at Alpha Talent Group.

Their rep told The Sun: “Aaron and Amy were working together at Race Day. They’re represented by the same agency. They get on well and have loads in common, but as for romance I can’t comment.”

Amy has been single since her split from Joshua Christie, who she met and married on Married At First Sight. The former couple split just 25 days after the show wrapped up.