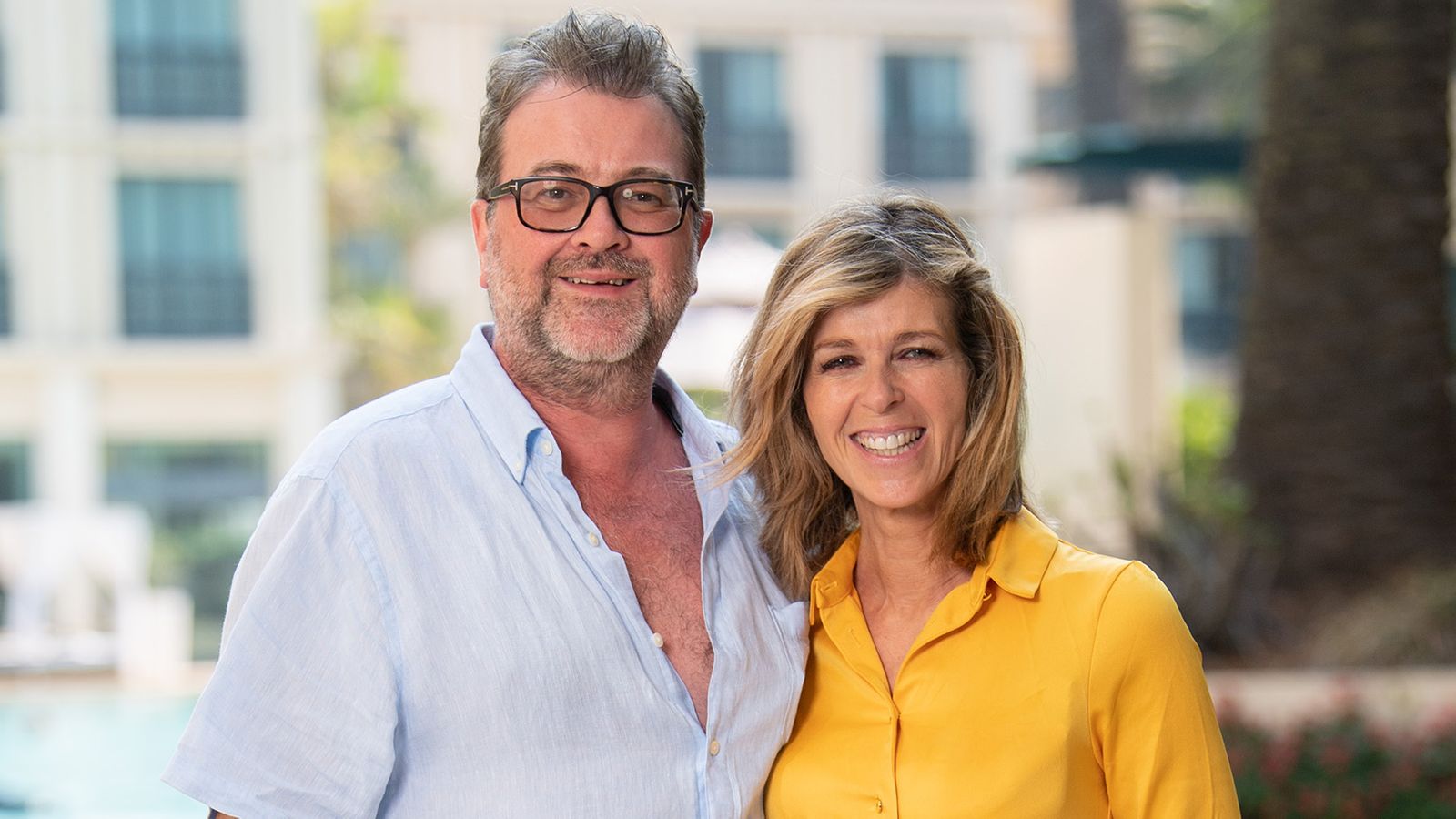 Kate Garraway has shared an update on husband Derek after his return home from hospital.

The 53-year-old was finally allowed to go home on Wednesday, after spending over a year in ICU.

Kate, who is now hosting Good Morning Britain with Susanna Reid, compared Derek’s homecoming to bringing a newborn baby back from the hospital.

The mum-of-two said: “Derek came home Wednesday evening and yes it’s extraordinary and we sort of feel over the moon and overwhelmed in equal measure. It is quite an overwhelming responsibility.”

“I do remember the day we first brought home your firstborn and you’ve been sort of planning for nine months and you think, ‘What the heck do we do now?’

“It’s a little bit like that feeling. You suddenly find it’s half four and you’ve still got your pyjamas on.”

“It’s been completely overwhelming but wonderful,” the former I’m A Celeb star added.

Her co-host Susanna said: “One of the most important things about him coming home was that he could be surrounded by you and his family and children of course. How are the children enjoying having dad back?”

Kate, who shares 15-year-old daughter Darcey 11-year-old son Billy with Derek, replied: “Oh it’s amazing. It was a medical reason for coming home as well as obviously our desire and I’m sure his desire too, to try and encourage a more normal environment to stimulate his recovery and cognition and consciousness.”

“And they’ve been absolutely lovely and they’re really helpful. It’s been great actually. I’ve noticed a little bit of deferring, ‘Shall we check with dad?’ and it’s like, ‘Hang on a minute, I’m still the boss!’ Though I think Darcey has always been the boss actually.”

“Already we’ve had a couple of little lovely moments where he has sort of reacted to something Darcey’s said in a way that we haven’t seen previously where things had stalled. I don’t want to get my hopes up too much but at the moment it feels like the right move.”

Derek, who is Britain’s longest surviving Covid patient, was admitted to hospital with breathing difficulties on March 30 last year.

The 53-year-old’s body was ravaged by the virus, and is still fighting issues with his lungs, heart, kidneys, liver and pancreas.

The former lobbyist will continue to receive round-the-clock care at the couple’s North London home.